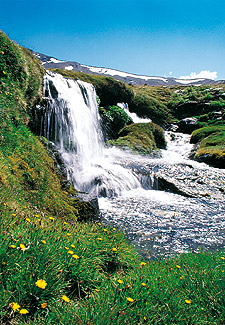 Stress from work and life in large cities inspires more and more people wanting to spend their free time resting and relaxing in spas. Spas are no longer thought of as places for the elderly. Instead they have become luxury destinations offering a wide range of activities.

Since antiquity, water has been connected to the concept of youth because of its regenerative and purifying properties. It is associated with the divine, sacred and religious. Water and good health go hand in hand, respected by Romans, Muslims and by our contemporary society. It has played an important role in the history of Andalucía, an area that has many springs with healing properties.

The centre of the culture of water is the province of Granada. Here you will find many Arab baths, the ruins of Roman baths, cisterns, fountains, natural pools and springs.

The early settlers knew nothing of health resorts, spas or spa treatments but they did discover the healing properties of water. After observing that when sick animals drank from certain springs they recovered from their illness, the settlers began to copy them. This started a cult that for them also had a sacred element. Around the Balneario de Alicún de las Torres, remains have been excavated confirming the theory that there used to be an ancient spa near these hot springs. 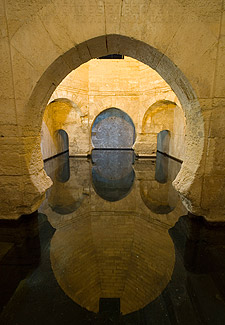 The Ancient Greeks and Romans associated the water with the daily ritual of worship and the glorification of the body. Roman baths were direct forerunners of the Arab baths from a social, cultural and commercial point of view. They were places of leisure and wellbeing, and many were built throughout the province, remains of which have been found in Almuñécar, La Malahá, Íllora and Lecrín. The Termas de Talará in Lecrín are officially a Place of Cultural Interest. Here you can still see the frigidarium (cold water bath) in an open courtyard in the shape of a circular pool.

The Empire regarded baths to be very important and employed their leading engineers to create the major waterworks and water channelling networks across the province. The Acqueia de Almuñécar, dating back to the 1st century AD, is an amazing example of structural engineering and is in part still in use today.

The Arabs perfected the infrastructure; they built an important network of water channels throughout the entire province. The Acqueia de Almuñécar in Atarfe takes its water from the Fuente Grande bringing it all the way to the Alhambra and the Generalife.  The Acequia de Dorabulcilo in Cullar Vega, the Acqueia Real in La Alpujarra and the Acequia del Rasmal in Benamaurel are other fine examples of water networks.

Having created all the necessary pipes, the Muslims were able to also build some of the most spectacular baths. This is one of the most important parts of their heritage and historical legacy, and the many remains still are very well preserved even today. 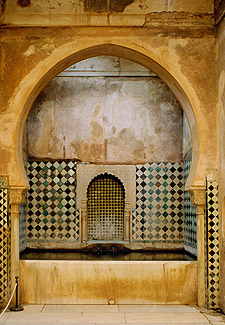 In Islam the bathroom plays an important spiritual and religious role. The Koranic text itself imposes an obligation to clean the body and the ritual itself provides details on necessary ablutions before prayer. Water in the Muslim world, as in many other religions, is thought to wash away sins, purify and regenerate. For this reason, the hammam is an obligatory part of life; in birth, circumcision and marriage.

According to Ibn al-Khatib, the native Andalusian population did not have bathrooms. Baths were used as business and social centres. Baths used to be located near mosques or near the gates of the cities, open throughout the day with different timetables for men and women. Public baths were places where social inequalities vanished.

The Baños Reales and Baños de Comares, which are located in the Alhambra, are excellently preserved. The Baños del Bañuelo in Granada, the Baños de Baza and the 8th-century Baños de Marzuela, are also perfect examples of urban baths, situated near the mosque.

There are many other baths scattered throughout the province such as in Churriana de la Vega, Cogollos Vega, Aldeire, Huéneja, Dollar, Ferreira, Jerez Marquesado, Lanteira, Nivar, La Zubia and Alfacar (built between the 8th – 15th centuries). For the most part they were reused as private homes with the arrival of the new Christian settlers, who did not use them as the Muslims had done. 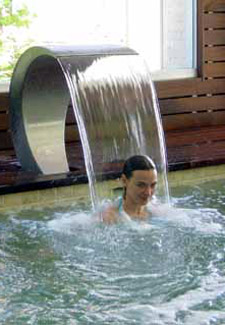 After a period of disuse, the Islamic baths were replaced by similar ones that were championed by modern, initially by homeopathic, medicine. The 20th century saw are rise in popularity of spas, which began to offer various cures and treatments.

The province of Granada has five health resorts, most of which are built on the sites of former Roman and Muslim ones. They are located in Alhama de Granada, Graena, Alicún de las Torres, Lanjaron and Zújar.

Despite the time gap, the culture of water and its link to health and wellbeing never was never forgotten in Granada, because there are many springs with healing properties here. Most of these springs are used today, and are open for public use. These include the Baños de Sierra Elvira in Atarfe, whose waters have a high sulphur content; the Barranco Bermejo in La Taha whose waters have a high iron content; the Bañuelos de Diezma; the Baños de Melegís in El Valle; the sulphuric waters of the Fuente de Alcribite in Baza, excellent for skin and digestive conditions; and the Baños de Urquízar in Durcal with its waters with a high mineral content.

El Altiplano has two important baths for public use. These are the Baños de Zújar and the Baños de Fuencaliente. The first was rebuilt after the original one disappeared when the Pantano del Negratín was built. It uses the water that flows at the foot of the Jabalcón. The stream splits and one part runs to Huescar and the other to Orce, always maintaining a constant temperature of 18 °C. 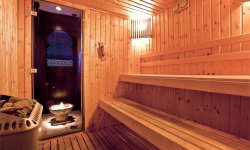 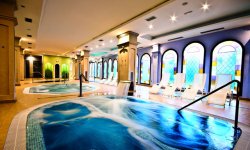 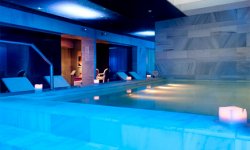 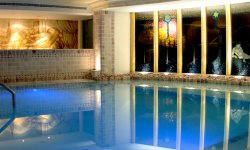 The true aim of this revolutionary and modern Spa, situated in the capital city, is to improve physical health and emotional wellbeing whilst finding the equilibrium between mind and body. Its facilities are divided into six different areas, each dedicated [...] 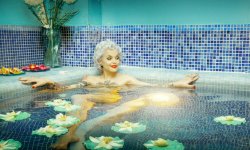 Just as in the Roman caldas and thermal baths or the Arab baths, this beauty and health centre uses water as an element to reduce stress, as well as to treat circulatory or muscular problems. Their modern equipment and facilities [...]