One of the most interesting aspects of these celebrations are the incense bearers, which are groups of eight members known as corrias, who wear the morrión, a pointed hood covered in silk or satin and lavishly decorated with glass beads.

Dating back to 1765, this tradition makes reference to a guard who was convinced of Jesus’ innocence; they paid homage to him by burning incense. The event has had a military flavour ever since.

Today, each brotherhood has its own set of incense bearers, who join and leave the processional line at pre-planned points along the way. The incense bearers have their own songs, known as sátiras, verses in which each member sings a verse. Onlookers also join in and sing some of the refrains.

Between Holy Tuesday and Good Friday, the incense bearers can be seen performing their dances. The highlight of Holy Week in Loja is the morning procession on Good Friday, made up of four groups. 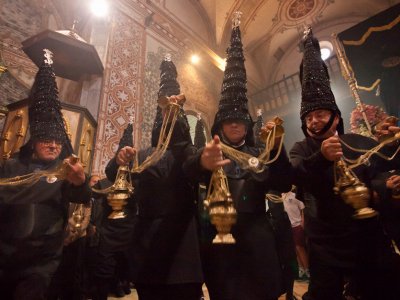 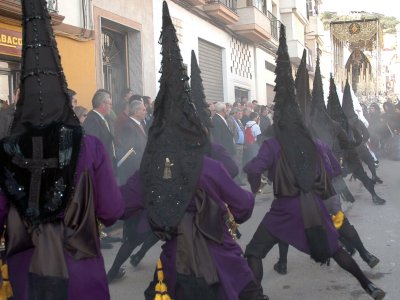 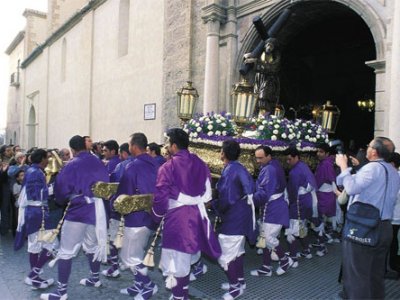 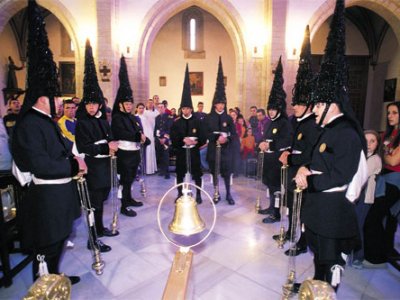 The morning of Palm Sunday begins with the presence of the Brotherhood of Nuestro Padre Jesus in his triumphal entry into Jerusalem, Ecce Homo and Our Lady of Light. The flat is covered by palms and excitement of the youngest members of the crowds can be felt along the way.

When evening comes, the Brotherhood takes to the streets again, but this time with even greater majesty. The statue of the María Santísima de la Luz is carried through the streets. 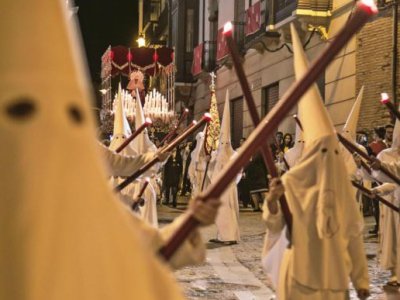 This brotherhood has attempted to revive some lost traditions, including the “Niños Seases”, involving tying two children together with the same cords like those appearing around the waist of the representation of Christ, who repeat a sentence commemorating his passion and death. 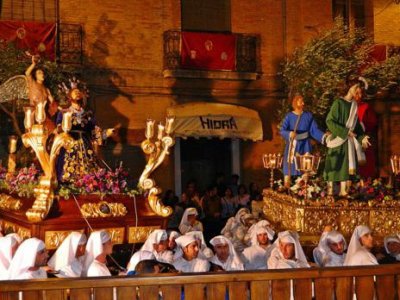 After carrying the image up to he Ermita del Calvario (en el Monte Hacho) along the narrow streets and re-enacting how Christ fell three times whilst carrying the cross, the procession continues around the churches of Loja, staging a meeting with the Virgin at each. 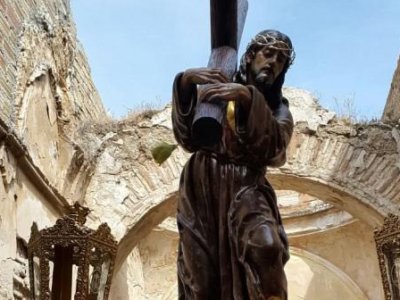 The procession of the brotherhood Real Cofradía de la Santa Veracruz passes along the Carrera de San Agustín and crosses the Puente Gran Capitán. This is Loja’s most ancient Brotherhood and is over 500 years old. Its incense bearers are popularly known as the Blancos. It is made up of some very young members who receive comprehensive training as incense bearers.

The Brotherhood Cofradía de Santísimo Cristo de los Favores is also known as El Silencio. One of the finest moments during their procession takes place in Calle Tamayo. 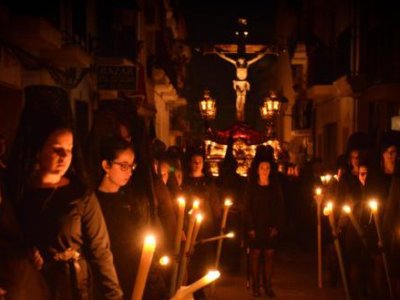 Five brotherhoods take place in the celebratory processions, spread out over the morning and afternoon.

In this procession you can see the traditional Corría de la Pesca. The highlights of the procession include when it passes through the Barrio Alto (the four corners) and through the Carrera de San Agustin. You will also have the chance to see the famous corriílla, in which horquilleros sprint for 100 metres, carrying the heavy thrones to reach the shrine where they contain. This spectacle draws thousands of spectators.

On this day you will also see the traditional Los Puches (a drumming group), who accompany the image of Nuestro Padre Jesus Nazareno with their rhythm. The Armaos represent the Praetorian Guard guarding Jesus, whilst the Pediores ask donations for the Brotherhoods holding out their silver cups.

This is when the Hermandad del Santísimo Cristo de la Salud y San Juan de la Palma and the Hermandad del Santo Sepulcro y Nuestra Señora de la Soledad go out. Like the morning, they make the same journey and the same time. We recommend watching the procession in the narrow streets of the Barrio Alto especially in the area of Las Cuatro Esquinas. 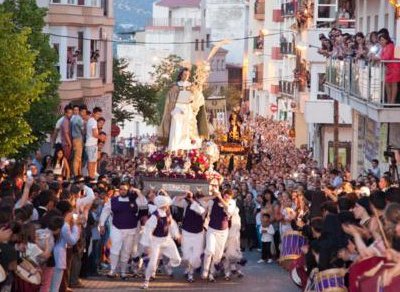