Eleven Easter processions take place in Baza with a lively celebration that is a great tourist attraction. This is enhanced by the town’s rich architectural heritage, its churches and palaces. 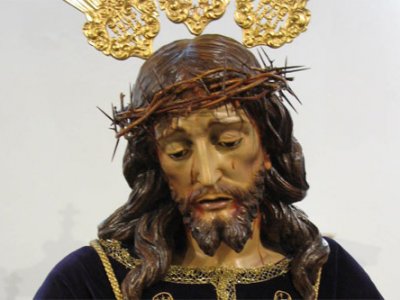 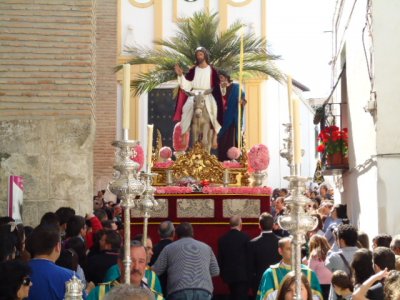 The processions begin when the Cofradía de la Soledad with Federación de Cofradías, knock on the door of the Casa de Hermandad de la Esperanzato to symbolically hand over the Holy Week key. The key will be returned the following Sunday when Christ has risen. The Jesús de la Paz procession is accompanied by an entourage of penitents and children bearing palms in their hands.

The brotherhood goes out bearing only this image, made by an unknown artist in the mid-20th century. The image is over a float carried by women (costaleras) on their shoulders. 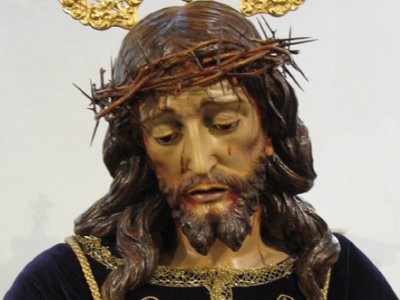 The brotherhood goes out with only one float, consisting of plain Cross made of walnut wood, with golden embossed detailing, covered with a crown of thorns and a shroud. Underneath there is an image of the Virgin, a work Domingo Sánchez Mesa from Granada. It is called María Santísima al Pie de la Cruz. 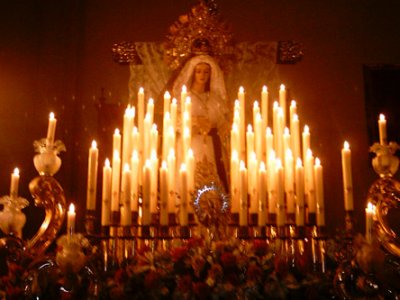 This procession is made up of two parts; the first is with Cristo de la Misericordia and the second with the Virgen de la Soledad made in 1942 by Sánchez Lozano.

The statue of Jesus was made by the sculptor Domingo Sánchez Mesa from Granada. It was taken out for the first time in 1985. Since 2005 the brotherhood has taken part in a second procession with the Virgen de la Victoria en su Pena y Dolor. The highlight of the processional route is the part when it nears the Alcazaba.

The original statue was Christ on the Cross dating back to the 17th century. Apparently the statue was miraculously found in the house of the Méndez Pardo family. It was destroyed during the Civil War and replaced by the statues used today, very different in style. It is by Antonio Martínez Olalla, the famous sculptor from Granda. It is an excellent copy of José de Mora’s “Cristo de la Misericordia”. 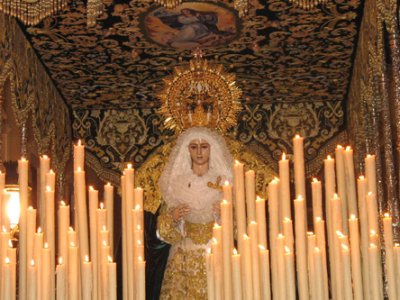 The Virgen de los Dolores, worshipped since 1750, is led out under a wonderfully decorative canopy. It is the work Granada’s Rafael Moreno. The Misterio del Descendimiento (The Descent) depicts the dead Christ, Joseph of Arimathea and Nicodemus freeing him from the Cross. Both are on their ladders, leaning against the Cross. On the ground, Mary Magdalene, Mary of Cleophas and Mary Salome with St John the Evangelist complete the group.

The image represents a Christ recumbent in a golden wooden urn in baroque style. Its four sides are carved with scenes from the Way of the Cross. The procession is accompanied by members of all the brotherhoods.

The original image was carved in 1702 by José de Mora. It disappeared in the Civil War, so the current replica was made by a sculptor from Granada in 1940. The image goes out in the procession in a golden float with carved detailing, dressed in a black cloak and an embroidered golden skirt. The is taken out in total silence through the streets of Baza. 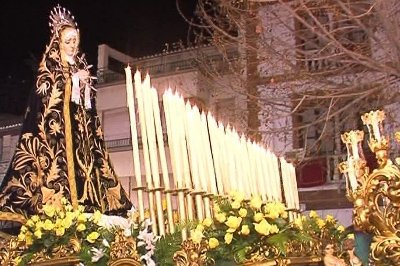 The brotherhood took part in the procession for the first time in 1953. The float is carried by the younger members and hundreds of children accompany the image of the Resurrected Christ. The statue was made by an unknown artist. It is a tradition that on this day all the children get an ice cream when the float passes through the Calle Alhóndiga.