This protected area next to the Alhambra is of great ecological and historical importance. The paths of the Dehesa del Generalife will take you by surprise with stunning views over the city of Granada.

The 458 hectares of the Dehesa del Generalife provide shelter to a rich natural patrimony, which has more than 200 plant and 111 animal species. Here you will also find a number of important ruins that date back to the Nasrid period. The Albercón del Negro, the ruins of the Dar Al-Arusa Palace, the Ajibe de la Lluvia and the Silla del Moro are of particular interest.

STARTING AT THE CEMETERY CAR PARK

Officially declared an Urban Park by the Environmental Council in 1995, the Dehesa del Generalife is located to the south of the Río Darro at the eastern edge of the city. Although there are a number of ways to gain access to the park, including the Paseo del Aljibillo, the Cuesta de los Muertos, the Cuesta de los Chinos and the Cuesta del Rey Chico, if you start the tour at the Cementerio de San José, you can leave your car in the adjoining car park. 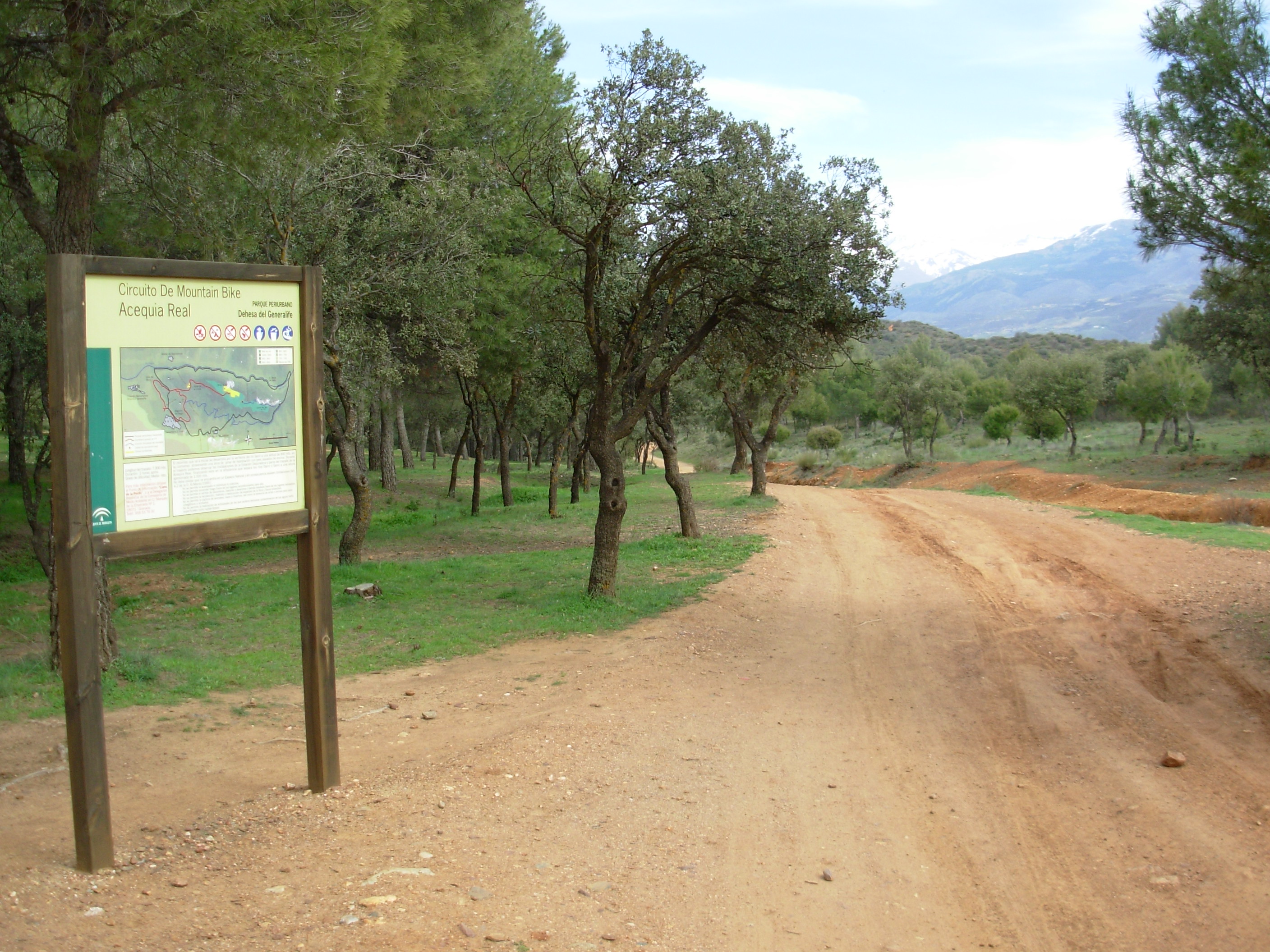 From here there is a forest trail that leads to the recreation area of the Llano de la Perdiz. On this route you will see the ruins of the Albercón del Negro, whose waters flowed to the Alberca de los Alijares, a real highlight of the walk.

If you continue along the path that winds along the olive groves on the southern side of the Dehesa, known as the Monte de Cenes, you will come across the next Nasrid landmark called the Ajibe de la Lluvia. According to Juan Carlos Quirós, the Environmental Agent of the UrbanPark, this cistern was used in case of fire and by workers of the Dehesa. 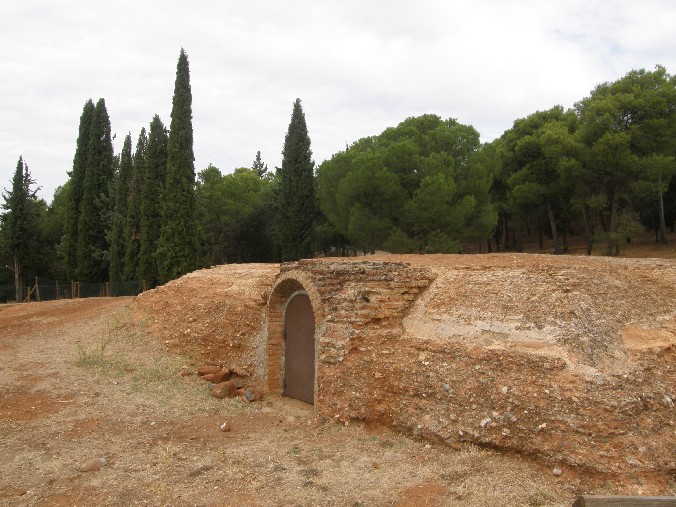 Many water installations built in the Nasrid palaces still work today. The Aljibe de la Lluvia cistern is still in very good condition, although currently only the larger tank and an outer wall of a reservoir remain; it was used to provide water to the Dar Al-Arusa Palace.

You soon come to a recreational area with stone tables, barbecues and swings, and will reach the paraje de Las Norias, which took water from the Acequia Real and channelled it to the reservoir nearby.  Along this reddish footpath, you can enjoy breathtaking views of the Alhambra.

The main points of interest you can seen from the watchtower include the valley of the Río Darro, and a fantastic cityscape of Granada’s oldest neighbourhoods such as the Albaicín, the Sacromonte and the urban centre, gradually extending to the plains, with its farmhouses and orchards. From here, you can also see the hills of the Generalife, the Silla del Moro, the ruins of Dar Al-Arausa, the Fuente del Avellano, La Vega, the Sierra Elvira, the ruins of the Nasrid walls, the Ermita and the Cerro de San Miguel, the Parque Natural de la Sierra de Huétor and the Abadía del Sacromonte.

If you go back along the footpath starting at the cistern of the Lluvia and return to the forest trail leading to the recreation area of the Llano de la Perdiz, you reach a rest area. Here you will find a sundial without a gnomon, since the hour can be read as the shadow moves forward on the surface. The iron of its dial is the landmark that guides you towards different places in Granada, like the mountain ranges of Loja or Tejeda, the Moclín Castle, the Elvira mountain range, or the peaks of Sierra Nevada, like the Alcazaba, Mulhacén or Veleta. 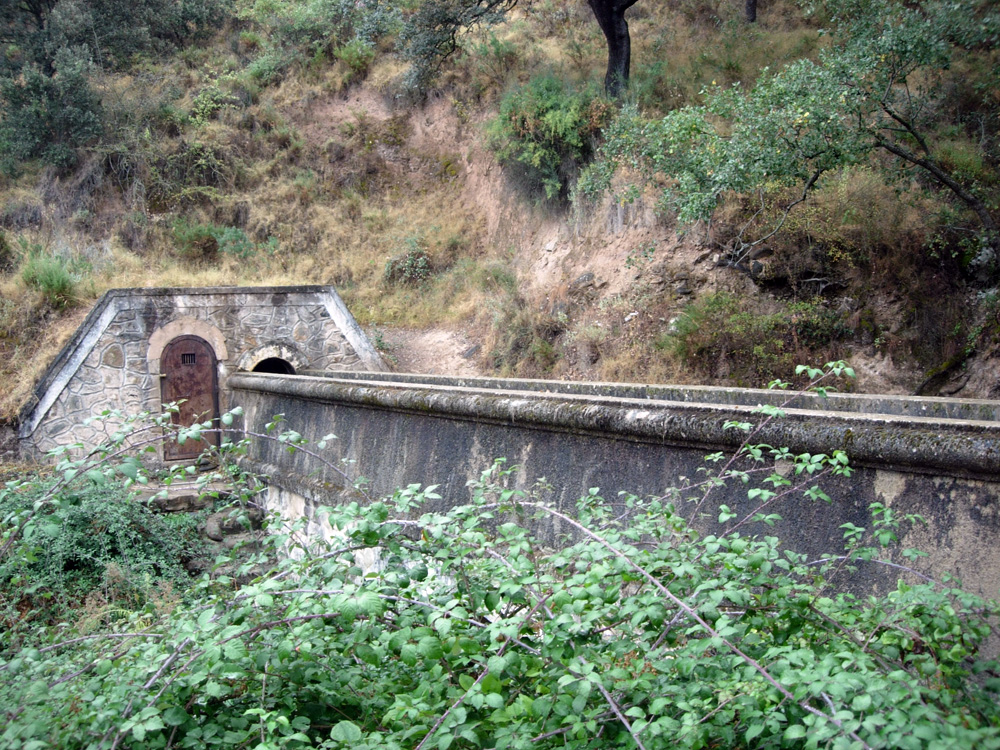 After crossing the recreation area, with its swings, tracks and sport circuits as and a small picnic area, (only open during the summer months), you will reach the northern slope of the Dehesa del Generalife. A few metres from the kiosk is the footpath of the Quejigar del Darro which runs through one of the city’s protected oak forests city. As is indicated on the sign, this marks the start of the trail. The traveller will be able to gaze at a magnificent view of the Darro river basin through the oak forest, with the Huétor mountain range in the background. Descending the northern slope of the Dehesa to the riverbank, the humidity enables a beautiful oak forest to grow, with some hazel and ash trees dotted inbetween. 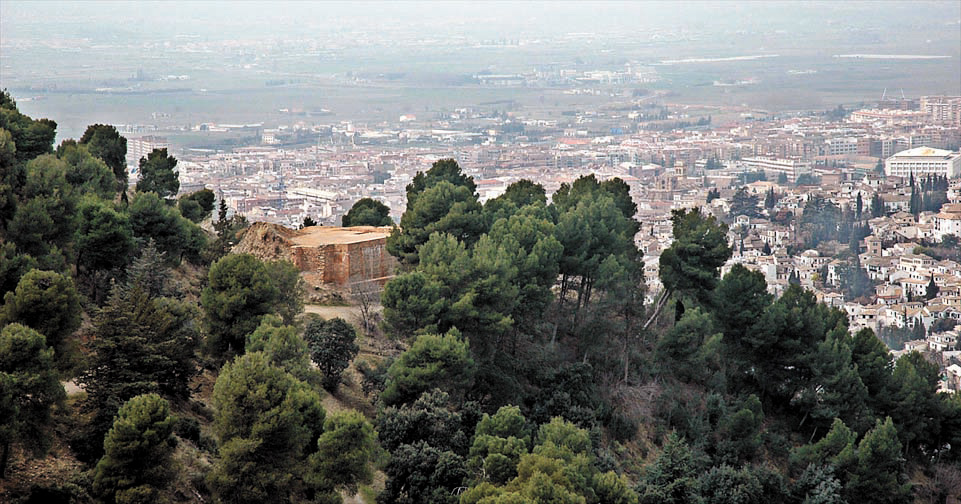 This path is linked to an ecological footpath that runs parallel to the Royal Canal, or Canal of the Generalife. If you take this route, you can link it to the route that takes you to the Silla del Moro, the watchtower where you can see magnificent views of the Alhambra and the city.

Regions: Granada and its surroundings

Recommended time: all year round