El Marquesado del Zenete has the most distinctive geographical and historical identity in the district of Guadix. Its ten towns, all located at 1100 metres above sea level, take up a wide area on the northern part of the Sierra Nevada and the plain, formed of rock sediments, that extends between this mountain range and the Sierra de Baza.

This part of the district has been an excellent mining area ever since Prehistoric times and even today some of the mines are still open. One of the most striking features of this landscape is the enormous slagheaps of the iron mines of Alquife, which today are closed. The natural resources of the area are varied and abundant, a feature which has guaranteed the development of its towns in terms of mining, agricultural and farming activities. The district is also popular with tourists, who come to enjoy its historical, cultural and natural attractions. A large part of this territory falls within the National Park of the Sierra Nevada, home to the highest summits in Spain and to high-level mountain ecosystems, including a glacier.

Most of this route runs along a path that has been used by muleteers and shepherds for centuries to reach the Sierra de Jérez and the ancient garden of El Posterillo. It starts at the Centre for the Prevention of Forest Fires in Moralillos and continues towards the town.

A bit before reaching the asphalt road, the dirt path will slope upwards and a little further ahead it will turn into a path bordered by leafy vegetation. After a few minutes, you will see what used to be the old flour factory of San Torcuato, which was later converted into the Bishop of Guadix’s seminary and used as such until the mid-1980’s. Along this stretch, which runs through the Cañada Real del Camino de Granada (Royal Ravine of the Granada Way), you will pass by several traditional grain mills until you reach the National Park of the Sierra Nevada.

From the path you will be able to enjoy amazing views of the Sierra Nevada and the Alhorí gully, until you reach the ancient garden and shelter of El Posterillo. 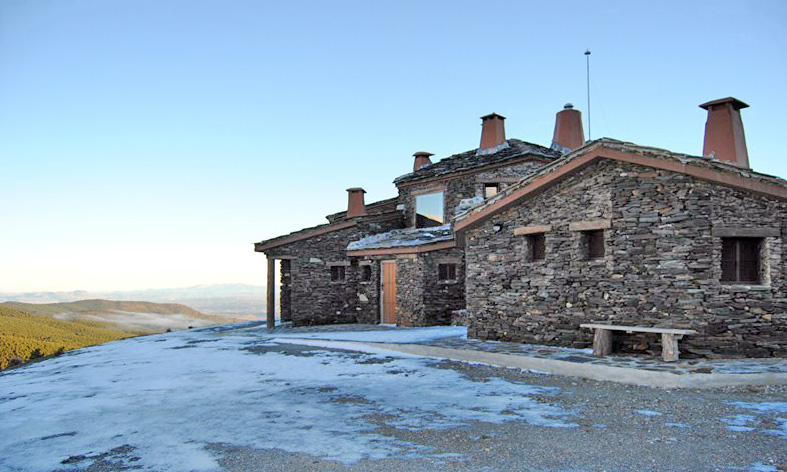 After passing a series of ruined farmhouses and crossing the Río Alhorí, you will reach the jetty of fighting bulls of El Toril. From here there is a steep lane that leads you upwards between pines until you get to the Loma de Enmedio hill next to the Postero Alto refuge. It is a great place to take a break before continuing your journey. 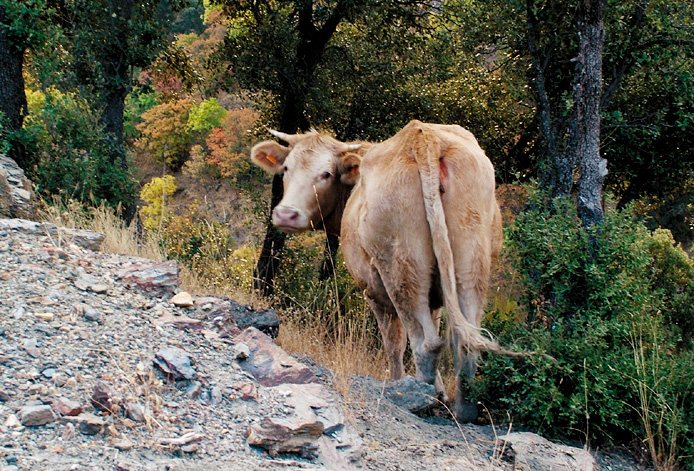 You return along a firebreak that leads to the recreation area of La Tizná, next to the Río Alcázar, when you will reach the main track. Follow this track and you will find a path that heads back down towards the starting point, Jérez del Marquesado.