Granada and its surroundings

In addition to the provincial capital and the region of Granada, there are a number of towns historically linked to the city of the Alhambra. These towns share its rich heritage and are located in the town’s so-called green belt, surrounded by carefully tended gardens and green spaces. Some municipalities have played a crucial role in world history and culture, such as Santa Fe, a town created by the Catholic Kings to besiege Granada and where the Capitulations for the discovery of the Americas were signed by Christopher Columbus. Another example is Fuente Vaqueros, the birthplace of Federico García Lorca, one of the most important Spanish poets and playwrights.

A stroll through the Albaicín using all your senses

There are windows to history. And also doors. One of them is the one of Elvira, where a route begins through the Muslim vestiges housed at the Palace of Dar-al-Horra as neuralgic point.

In the 17th and 18th centuries Granada was the centre of Andalusian Baroque architecture, which can clearly be seen in the façade of the city’s Cathedral, whose building works started during the Renaissance, the Sacristy and Tabernacle of Cartuja. This [...]

This protected area next to the Alhambra is of great ecological and historical importance. The paths of the Dehesa del Generalife will take you by surprise with stunning views over the city of Granada.   By Belén Rico > Granada [...]

The Fuente del Fraile – Sanatorio route, which runs through the Parque Natural Sierra de Huétor – located to the north of Granada – is a place that keeps a part of the history of Granada alive. 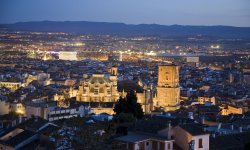 Granada is an ancient city: the people of the Bronze Age, the Iberians, Romans, Visigoths, Arabs and Spaniards left their mark on the city. It has a long history, and the periods just before and after the conquest by the Catholic Kings, on 2nd January 1492, are particularly interesting. Before this date, Granada was a purely Muslim city, with many beautiful mosques, narrow streets and typical markets, and after it fell into Christian hands, it was turned into an example of modern city of the new Spain. 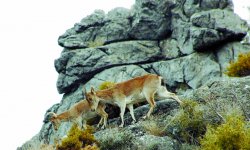 The caves and crosses of the Sierra de la Alfaguara

In the landscape of the Sierra de la Alfaguara, located in the centre of the province of Granada, several natural, beautiful and little-known caves can be found, such as the Cuevas del Gato y las Cuevas de los Mármoles. 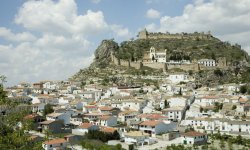 The discovery of America

Granada was the city that made Columbus’ journey to the Indies possible. It was here that he was given the patronage of the Catholic Monarchs, even though it was initially difficult to win their favour. He stayed in the Castillo [...]