Loja is a city that in the past controlled the communication links between Granada and Malaga. It is the most important town in the region because of its long history and, its number of inhabitants and its vast territories.

It is located in the narrow lush valley of the Río Genil and opens up to the Sierra Gorda and Monte Hacho. It has a number of archaeological remains from the Bronze Age and Muslim period, which include the ruins of its medieval citadel and the fortified wall that surrounded its old medina.

A historian of that time described Loja as: “… a wild and picturesque (town), built at the foot of a barren mountain. The ruins of a Moorish palace crown the rocky hill that rises up in the centre of the city. The Río Genil flows at its feet … “.

Loja was the gate and key to the Kingdom of Granada in the eyes of the Catholic Monarchs. The Arabic name of Loja, Medina Lauxa (that literally means Guardian City) refers to its strategic importance and the crucial military role it played during the Christian conquest of the Kingdom of Granada. Ferdinand and Isabella held the town in high esteem. After it fell into their hands in 1486 after three days of siege, the monarchs bestowed a new coat of arms on the town depicting a gold castle on a silver bridge with the words “a flower among thorns” written below it.

The water runs down from the Sierra de Loja into the Río Genil, from which numerous fresh springs pop up. The abundance of water can also be noticed in the Paraje de Los Infiernos, an official Natural Monument, with its deep green gorge and spectacular waterfalls.

Loja has an impressive list of tourist attractions. Besides its historical and architectural heritage, the Sierra de Loja offers walks and trails in breath-taking surroundings, such as the Charco del Negro. It is also the perfect place for paragliding with the Estación de Vuelo Libre de Loja as your starting point and the Venta del Rayo as your landing area.

According to legend, Loja was founded by Noah’s grandson, Tubal, and was called Alfeia. When the Phoenicians were here in the 8th century, it was called Tricolia, it was a very prosperous town.  The Romans under Scipio changed its name to that of Lascivis (that means the place of rushing waters and delights). Later the Arabs transformed it into their Medina Lauxa. It was the Muslims who really made it into a town of some significance. It played an important role in the civil wars of the Caliphate of Córdoba and later acquired a distinctly military character. It was used to guard and monitor the plains and was in the front line for defending the Nasrid Kingdom.

King Ferdinand besieged the town in 1482 but could not conquer it. He finally succeeded in 1486, a victory that helped the Christian conquest advance. More than 5000 Muslims left the city for Granada. The fall of the town and the whole Nasrid Kingdom soon afterwards has been the subject of many folk ballads.

There are three important events in the dense historical past of the town. The first is the death of the famous Doncel de Sigüenza in one of the attempts by the Christians to conquer the town square in the war against the Nasrid kings. The second is the birth of General Narváez, the head of Isabel II’s government, whose family mansion and his mausoleum can be visited today. The third is the birth of Ibn Al-Khatib, the geographer, historian and poet, considered one of the finest creators of of Arab-Andalusian literature. He was born in Loja in 1313 and was killed in Morocco in 1374.  Twice he was vizier of the Nasrid Court and was forced into exile on both occasions because of continued internal fighting.

Loja has always been an important communication hub and has managed to maintain many of its customs and traditions. This is also reflected in its cuisine.  Delcious dishes include Sobrehúsa de habas, Remojón de naranja, Porra, Gazpacho y famous local doughnuts and their Huesos de santo. Trout is very good here because it is fresh from the Riofrío as is the local sturgeon and caviar.

The Alcazaba, the military and administrative centre of the large medieval town, still maintains its ruinous look from the times of Philipp II. The town was first built in 895 and continued to expand until the 18th century. 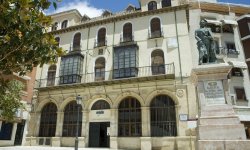 The Antigua Casa de Cabildos is located in the Plaza de la Constitución, the historic centre of this Renaissance town. It was the headquarters of Loja’s town council for 437 years, from its construction in 1490 until 1927, the year [...] 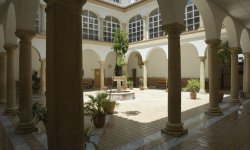 This cloister was built at the beginning of the 16th century by royal decree. Today it is used as an inner patio of the Hospital Civil de San Francisco. It was part of the convent until 1835, when the Leyes [...]

Some of the most revered images that are used during Easter in Loja are kept in this chapel. Its baroque altarpiece from the 17th century, attributed to Alonso Cano, is in excellent condition. This chapel is particularly important on Good [...]

This church was built in the 16th century by Diego of Siloam. It has a single nave with a main chapel covered with a decorated dome. It is one of the finest examples of Renaissance architecture in Granada. Its side [...] 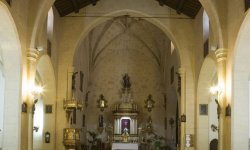 This church was built between the 16th and 17th centuries in the neighbourhood Alto de Loja. It received a number of gifts from Queen Isabel II via General Narváez. Before its destruction during the Civil War, it housed some beautiful [...]

This public communal warehouse was built in the 16th century in Renaissance style. In 1530 it became in official state institution. The arches on the lower floor and the heraldic symbols of the city and of Philipp II are particularly [...]

International Festival of Theatre in the Street and Entertainment

During the summer months, the streets of Loja are full of colour, heat and culture with the festival of theatre in the street with more tradition of Andalucia Dates: July Organizes: City council of Loja with the collaboration of the [...]

Singing contest that has been being celebrated in Loja since 1972. The selection of participants is made through flamenco nights for more than two months. The contest, at the end of August, takes place during the celebration of the fair [...]

Romería of the Friendship

This romeria is one of the most popular of the ones that are celebrated in the Granada province. They honour San Isidro Labrador and it includes religious acts as well as musical ones. Besides, there is a contest to choose [...]

The Main Fair that is celebrated in Loja at the end of August is a celebration with capital letters. You can enjoy of the cultural and sport activities, bulls events, fireworks and music performances of high level of its program. 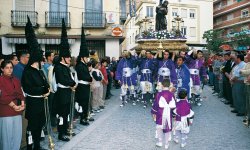 Easter in Loja is truly unique. Some original characters take part in the celebrations, such as Uncle Puchi Puchi, who is responsible for collecting the Roman armour that was used for the processions on the Wednesday. Incense is burned all [...] 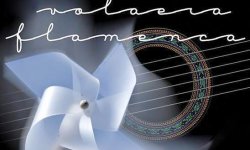 The last flamenco festival to mention is the ‘Volaera Flamenca’ of Loja, a flamenco competition that started in 1972. The ‘Volaera’ takes place during the Feria of Loja, where performances are organised with the ‘Volaera’ competitors on Saturday nights.Date: During [...]