Íllora is located on the Sierra de Parapanda. From here you can see the multi-coloured landscape with its olive groves, farmland and orchards on the Vega del Genil, and the Sierra Nevada, which lies to the east. The white houses of Íllora stand on the slopes of a rocky crag where they were originally built.

The area is very interesting. The remains of the watchtower Atalaya de la Mesa still stand on the road towards Alcalá la Real, as do the Torre de Tocón and the Torre de la Encantada in Brácana. You can enjoy excellent views along the entire the road of Montefrío, which goes up through the Sierra de Parapanda and the Sierra de Pelada. The Sierra Parapanda is 1,604 metres above sea level and is said to be the local barometer, hence the saying ‘when Parapanda is overcast, it rains even if God does not want it to.’ Molino del Rey in the area of Soto de Roma deserves a special mention because it has a spectacular aqueduct built in the 19th century.

Ílorra has been nicknamed ‘the right eye of Granada’. It is a fantastically located fortress seated on one side of the Sierra de Parapanda and looking out on the Vega del Genil. Pliny called it ‘Ilurco’. Afterwards the Swabians, Visigoths and Arabs, especially in the Nasrid period, built a powerful fortress around which the town later took shape.

Many artefacts from Prehistoric times have been discovered here, and the remains of baths found in the town centre are examples of their Roman past. The first records of Ílorra date back to the 10th and 11th centuries, when the Arab historian Al-Udri referred to it as ‘Illywra’ (referring to the province of Elvira). The town has many roads running from north to south, and from the 13th century onwards it became one of the mainstays along the Nasrid border, the first in line after the fall of Alcalá la Real in 1341. Illywra was well fortified with a castle, walled suburbs and an important defensive enclave, thus the nickname ‘right eye of Granada’. It was the site of many attacks, fights and skirmishes and was finally conquered by the Catholic Monarchs in the spring of 1486.

The chronicler Hernando del Pulgar described Ílorra with the following words: ‘This town is set in a wide valley, where is a high rock that dominates the entire surroundings area; and on top of that rock there is a town, built with strong towers and walls …’ After the town was besieged, it was attacked with 18 cannons so the Muslims surrendered and made their way to Granada. The town’s first governor was Gonzalo Fernández de Cordoba, also known as ‘Gran Capitán’ (‘the Great Captain’), the remains of whose mansion can be seen in the centre of town with his coat of arms on the façade.

During this period Íllora was one of the seven villages serving as Granada’s barn and pantry. Gradually, as the population dwindled, the town grew mainly at the foot of the hill and around the main square and church.

In Íllora legumes like chickpeas, lentils and beans are widely grown, although the olives are the most important crop. Most of these ingredients are used to prepare dishes such as garlic soup, gazpacho, chickpea stew, Migas, casseroles and ratatouille. The wild asparagus are cooked in Miguilla, used in tortilla or simply fried. 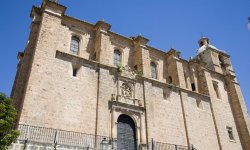 This church’s architecture is a splendid example of the transition from the Gothic to the Renaissance style that is so predominant in the churches built after the conquest in this region. It was designed by Diego de Siloé with the [...] 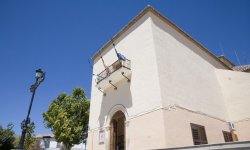 This church was built in the 16th and 17th centuries. After the Confiscation it was used for various activities, but it was finally fully renovated and now houses the local town hall. It used to be the church of the [...] 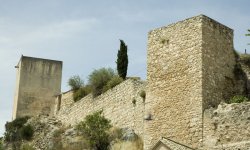 This medieval fortification is situated on the rocky elevation that arises in the middle of the town This walled castle was built by the Muslims in the 10th and 11th centuries and includes Caliphate and Taifas elements. It was restored [...]

This is a permanent collection displaying pottery and other artefacts found on the site of the old Moorish castle. It also has a temporary exhibition hall. The building that houses the museum dates back to 1738 and was built in [...] 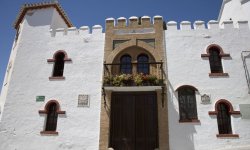 This house was built between 1890 and 1917 in neo-Mudéjar style, by Indians returning from Cuba. The house has extensive romantic gardens that beautifully frame the house. They are divided into two sections – a French garden and an English [...] 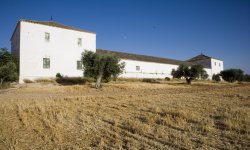 The Residence of the Duke of Wellington

This is a country estate that was built in the early 19th century by the so-called ‘Prince of Peace’, Manuel Godoy. It was donated in perpetuity by the government of Spain (together with the Soto de Roma lands in Fuente [...] 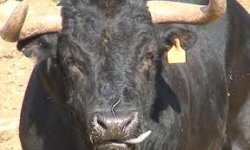 It was declared festival of National Tourist Interest by its important relevance and the diffusion of the popular and ethnic culture of countries of the five continents. During one week groups of music and dance perform. Dates: July Organizes: Provincial [...]

Celebrations in honour of San Rogelio

The third weekend of August the celebrations in honour of San Rogelio take place in Illora. In these days cultural, religious and musical acts are celebrated.

It is celebrated in the towns of Tocon and Bracana. This last population centre maintains a curious tradition of tied the Devil to which they make knots in the braches symbolizing the fact of immobilizing the evil.

Celebration of the Candelaria

It is celebrated in Alomartes at the beginning of February. This day the villagers go to the place known as Water Cave, at the Parapanda Mountain range and they celebrate the popular merendica.