Neither the meaning nor the origin of its name have ever been clarified, but it is thought to be of Iberian origin. Humans have lived in Gor for many years and it is one of the most productive parts of the province; its historical, architectural and landscapes are very varied and rich.

The town sits at over 1,200 metres above sea level and near the ancient Roman road of Via Herculea, later called Via Augusta. Some parts are still visible in the city. Las Juntas, Cenascuras y Las Viñas are the other main towns that belong to Gor. They extend on both sides of the wide and deep Cejo del Río Gor and are made up of rows of houses and unique caves. It is very much worth taking a detour along the old road to get the best views of the area.  The Sierra de Gor has many natural sites including the Loma del Quemado, the Piedra de Escarmiento, the Cerro de los Frailes, the Prados del Rey, the Pozo de la Nieve and the Pino del Nieto, an ancient stone.

Worth visiting are its church dating back to the 16th century, the main square with lovely Castilian arches, the Fuente de los Siete Caños, the ancient public laundries and the remains of the medieval castle, on which the Dukes of Gor built a magnificent palace, which is now used as a bullring.

Precisely in this arena the locals celebrate their main festivals. Before bullfights, the running of the bulls takes place, a tradition during which the bulls run free in the streets and are driven to the square.

The settlement dates back to the Neanderthal period, as the carved stones from the Mousterian age found here clearly indicate. Numerous artefacts from both the Neolithic and the Chalcolithic eras have also been discovered here. The Cortijo Colorado highlights the fact that the Romans, Byzantines, Muslims and Castilians continually used this site as a settlement. During the Roman Empire, Gor was a town of some importance located near the Via Augusta.

It became a remarkable Moorish farmstead, and some stretches of wall belonging to an old medieval castle are still preserved today. It was of great strategic importance as it was located half way between Baza and Guadix, and so it controlled communication between the two towns. Later, after the Christian conquest, the town was donated by the Catholic Monarchs to Don Sancho de Castilla in 1494. He was the tutor of Prince Don Juan, who then became the ruler of the town, which took the name of the Duchy of Gor. In 1579 Felipe II sold it to the 60 families who had resettled there after the expulsion of the Moors.

Local cuisine includes Zalamandroña, made with cod, tomatoes and peppers, the Andrajos con liebre, Migas with potatoes, Lomo en orza and exquisite homemade sausages. The bread is amongst the finest in the province as is the local wine called ‘pitraque’. 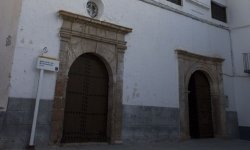 This church was built in 1558 by Diego de Jaén and Juan de Vandelvira on the site of the town’s former mosque. The restoration projects that this building has undergone throughout its history have interfered with its original Mudejar features. [...]

This important archaeological site is where Iberian, Byzantine and Arab remains were found. It is a burial site that dates back to 2300 BC and must belong to a very important person, judging by the rich and abundant burial objects [...] 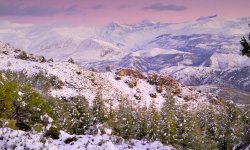 This route follows the itinerary from Murcia to Granada made by the last historian of Moorish Spain, Ibn al-Jatib, who was born in Loja in 1313 and died in Fez in 1370. It crosses beautiful landscapes in the Sierra de [...]

San Blas is the patron of the popular neighbourhood of Triana, which has great devotion for it. The 2nd of February (day of the Candelaria) they celebrate the traditional night of the eve in a private house of Triana, where, [...]

These festivities are filled with events of all kinds ideal for adults and children alike. The religious programme includes a novena, a Mass on 7th August and two processions. There is another series of traditional events such as ‘La Bandera’, [...]