The mountain ranges of La Sagra, Castril, Cazorla and Baza, all of them official national parks, surround the district. The landscape is varied and includes fertile fields, watered by rivers and springs, and the arid and empty desert, full of remains of fossil and historical ruins of the past.

In the town centre you will find numerous cave dwellings with magnificent views. In addition, Galera has seven archaeological sites dating back to the Argaric period. The archaeological site of the Cerro del Real is important and interesting: here the Iberian-Roman city of Tútugi and its necropolis dating back to the 7th- 3rd centuries BC were found, as was the statue of the goddess Astarté, also known as the Goddess of Galera. You can also visit the sites of Castellón Alto y Villares de la Arquería, or the three watchtowers of Arab origin: Tarahal, Albarrani and Ozmín. Other places of interest are the Iglesia Parroquial de la Anunciación, built in the 16th century, which is a national historic monument, or the Puente de Hierro from the early 20th century.

This town was a human settlement back in the Copper Age. Later Iberian settlers founded the city of Tútugi here, which was then occupied by Romans and Visigoths. In Muslim times it was a town of great prominence as it laid the border between the kingdoms of Granada and Murcia. The Muslims built a defensive stronghold here called Gadera.

In the Middle Ages this area was already known as Galera, due to its peculiar shape that made it look like a boat. In 1230 it was conquered by the Archbishop of Toledo Jiménez de Rada, and only years later, in 1319, it was recovered by Ismail I. It was part of the Nasrid Kingdom until in 1488, when it was taken by the Catholic Monarchs, who later gave it to Enrique Enriquez. In 1570, during the uprising of the Moors, it was the site of major resistance against the Christian troops commanded by Juan de Austria. When the square was taken, all its inhabitants were executed; all men older than 12 years old were killed. By the end of the 16th century it was repopulated by Christians from eastern Spain, Castilla and La Mancha.

The traditional recipes use the fresh crabmeat from the Río Galera. The Crespillos, Cordero segureño al horno (lamb), Andrajos and couscous are also typical dishes. The traditional cuisine also has a variety of pork meats including sausage, chorizo and salami. The wines of Galera are well known too: rosé, white and red wines are made from Garnacha, Gordal and Tintorera grapes and have a young and fruity flavour. 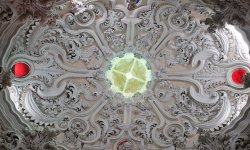 It was built in 1598 by the new Christian settlers on the ruins of an old mosque. It is dedicated to the Virgin of the Annunciation. It has a Baroque chapel dating back to the 18th century that houses the [...] 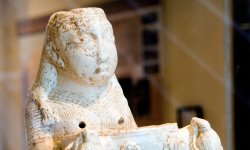 This museum opened in July 2001 in the old convent of Cristo Rey. It houses objects belonging to almost all periods of historical importance in this region, where some of the first settlers in Europe lived. The oldest exhibits are [...] 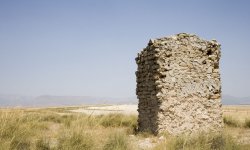 These are three isolated towers from which dangers and potential attacks could be spotted. The Torre de Tarahal or Amarga, was reinforced in the 16th century. It is cylindrical and its Southern half is in ruins. The Teón or Albarrani [...]

Remains from the Argar culture dating back to 1800 BC have been found on this archaeological site. It had three construction phases. Numerous double burial graves have also been discovered here. The original settlement is partially reconstructed and is open [...] 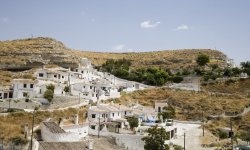 On this hill you can find the traces of the cultures that settled in southern Spain over the past 4,000 years. The ceramic fragments found here can be traced back to the Iberians, Romans, Greeks, and Arabs and include mosaic [...] 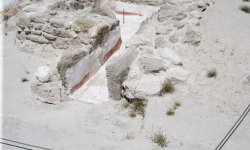 This is an Iberian-Roman necropolis on the outskirts of the city. It is one of the most important sites in the area and is one of the largest ones in Spain, containing more than 130 graves. On mound number 20 [...]

They lit fires with bojas (plants of the region) in the most hidden places of the village. After, around the fires, there is a dinner (chorizos and black pudding of the last slaughter of the pig), they play and sing.

They are the Main Celebrations of the town and they are very popular because they coincide with the holiday return of hundreds of emigrants from Galera. With a dense program filled with recreational acts of all type, including the traditional [...]

The Mass of the Gozos is perhaps the best known folkloric-religious manifestation of Galera and the most artistic one. It is the celebration of nine masses, just before Christmas. In them the members of the Brotherhood of Animas sing coplas [...]

This celebration takes place in Galera for several years. They commemorate the collapse of a hill that squashed several houses of the town, but without hurting any villager.

This day is popularly known as the day of the omelette. It is celebrated on the Thursday before the Wendsday of Ash and it is characteristic of the villages of Galera and Orce. The villagers spend the day in the [...]

During these celebrations there are activities of religious character as well as recreational and cultural ones. If we centred in the religious acts, we can stand out: the novenario to the Saint, the procession, the movement of San Antón to [...]