The municipality lies within the Parque Natural de la Sierra de Baza and is surrounded by magnificent countryside. It is a great place to start walks, hikes and treks, and it is possible to camp out in the park. It is rich in copper, iron, lead and other minerals, and in the so-called Fabriquilla del Oro one can see several rain tanks and channels for transporting water. There are many cave dwellings in the town and the layout of its streets, which are wide and straight, is unique in the area.

On 20th January the locals celebrate the feast of San Sebastian, when the ‘Robo del Santo’ takes place. At Easter, there is the popular celebration of the Noche de los Armaos’ and the Día de la Vieja, when locals enjoy a day out in the country. In August the local council organises the Caniles National Meeting Day, when the town puts on musical events and dance performances by groups from all over Spain.

The origins of Caniles date back to Prehistoric times, as shown by the remains found in the Cueva de la Pastora and in the area of Montones de Piedra. Numerous Palaeolithic artefacts as well as fragments of Caniles glass from the Neolithic period have also been found in addition to Iberian remains. During Roman rule gold was heavily mined and it was probably then that the construction of the infrastructure for irrigation began. During the Arab period it reached its peak and was given the name Canilla. The gold resources continued to be mined here and the ancient irrigation systems were replaced by newer, better ones. A watchtower, La Torre, was also built around this time to communicate with other fortifications and to and monitor the area. In the Nasrid period the town received the name of Caniles.

The town was continually besieged by Castilian troops and was one of the most difficult fortresses to capture. In 1489 the Conde de Tendilla, in the name of the Catholic Kings, occupied the town and renamed it Caniles de Baza. The population, which was predominantly Moorish, was decimated in 1568 after the revolt of the Moors and their later expulsion. In 1679 it achieved its independence from the city of Baza, to which it had belonged since 1501. It was only a few decades ago that the ‘de Baza’ was dropped from the name. It is today simply known as Caniles. 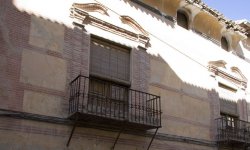 This is the family home of a bourgeois family from Granada, built in the mid-18th century. It is one of the oldest buildings in Caniles. Inside there are some interesting decorative elements. The Calle Nueva was created as a result [...]

This chapel was built in Mudejar style in the 17th century on the site of a former Arab cemetery. It has a single nave. It is dedicated to Saint Sebastian, the saint who is celebrated in the towns most popular [...] 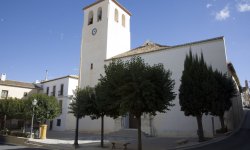 This church was built in the 16th century on the site of the main mosque in the town. It merged with the parish of San Pedro in 1792. It has a Mudejar coffered ceiling and a brick façade. In 1642 [...]

The façade of this 18th century building is of particular interest. The archway over the door is decorated with the coat of arms of King Carlos III, who ordered it to be built. The building has been used as a [...] 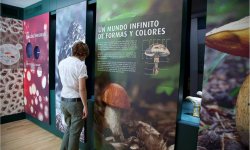 The Centro de Interpretación Micológico exhibits an impressive amount of content relating to the world of mushrooms in an area rich in all kinds of fungi. Some of the mushrooms are highly prized and grow in abundance here, such as chanterelle [...] 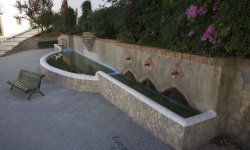 This fountain has six waterspouts and was built in 1910. It brings water from its source to the centre of Caniles. 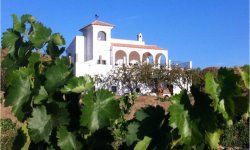 This route follows the itinerary from Murcia to Granada made by the last historian of Moorish Spain, Ibn al-Jatib, who was born in Loja in 1313 and died in Fez in 1370. It crosses beautiful landscapes in the Sierra de [...]

Day of the “Vieja”

It is celebrated on the Wednesday that divides Lent. It is believed that it comes from the tradition of resting the fast of Lent. That Wednesday a meal outside, with girls with the hair up in a bun and the [...]

Fair and celebrations of August

They are celebrated along 5 days of August. The date varies but always inside the first fifteen days of the month. They are dedicated to the villagers of Caniles that left the village.

San Sebastián is one of the most revered saints in the province. He was a young Roman soldier who was killed with a horrid amount of arrows. His popularity is in part due to Juan de Austria, the brave and [...]