Almuñécar is considered one of the main attractions along the Andalusian coast. This coastline is known as the Costa Tropical, thanks to its long beaches, warm climate and lush tropical and subtropical vegetation. It is a unique area in Spain and, indeed, in Europe.

Located on the Costa Tropical, near the province of Malaga, Almuñécar has 19 kilometres of coastline divided into 26 beaches.  Here, temperatures do not drop below 16 degrees in winter or rise above 35 degrees in summer. You will find many visitor services here, as well as remote solitary coves and nudist beaches. The range of water activities and water sports is extensive and includes diving courses, sailing, windsurfing, kayaking, jet skiing, day trips and marine charters. It also has a marina where you can rent or moor boats.

For nature lovers Almuñécar also has a number of attractions. It is located on a natural plateau, 1100 metres in altitude, from where you can see the foothills of the Sierra Nevada, the landscape of La Alpujarra, and the tropical valley and the Peña Escrita. In this area the municipality’s nature reserve is located, where you can take part in a host of outdoor activities such as hiking, mountain biking or paragliding.

The traditional festivals of Almuñécar are colourful and varied, such as carnival, during which there is the traditional burial of the sardine. Among the many festivals the celebration in honour of the Virgen de la Antigua is worth mentioning. On this occasion locals commemorate the victory of Lope de Valenzuela over the Moor Aben Aboo in 1569, giving thanks for the miraculous intervention of their patron saint. The procession takes place at night by the sea and finishes at the beach of Puerta del Mar. Many decked-out boats accompany the Virgin along the route. The festivities are finished off with fireworks in the Peñones del Santo.

Next to the calm and clear sea sits the ancient town of Almuñécar, the old Phoenician-Roman colony of Sexi. The Phoenicians left behind a well-structured city with a thriving economy based on salted fish. The Romans developed the town from an architectural, economic and fishing point of view.

In 775 Abderrahman I landed here. He founded the Caliphate of Cordoba and renamed the city Hisn-al-munecab. In this period Almuñécar was already a strong town along the coast, although it only really became a city in the 11th century. Fruit farming and fishing were the most economically important industries. The city had port, a number of different neighbourhoods, markets and a great mosque. It was conquered by the Catholic Kings several centuries later. It was frequently attacked over the years, and it was a frequent target of the Turkish pirates.

In recent years this town has experienced a spectacular economic and urban growth through tourism.

Almuñécar’s cuisine is based largely on its Arab origins. Seafood and local fruit and vegetables are used in typical local dishes. Seafood is often barbecued and is a main element in traditional soups and rice dishes. Typical dishes include: Migas con Melón, Calabaza con Longaniza, Zarzuela de Pescado. Puddings include Mousse de Chirimoya and mango tarts.

The exceptional weather means that delicious tropical fruit can be grown here such as cherimoya (which has its own Designation of Origin), mango and avocado 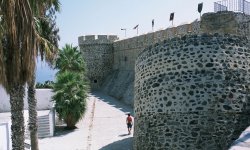 Only a few watchtowers by the sea and some walls of houses in the old city centre still remain of the Castillo de San Miguel. Some archways, rain tanks and a couple of other constructions are also still standing. This [...] 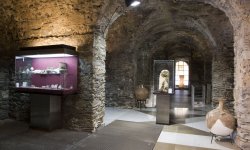 This is a domed complex that is part of the buildings surrounding the hill of San Miguel. It is one of the most important Roman urban remains in Spain and is now the site of the MunicipalArchaeologicalMuseum. In the 3rd [...]

Built at the end of the 16th century, this was the first church in the province built in Counter-Reformation style. It was erected on the site of a former mosque, which had in turn been built on the site of [...] 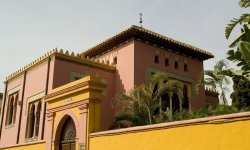 This villa was built in neo-Arab style in the mid-19th century on the site of an original Moorish house. It currently houses the Tourist Office of the town.

Remains of a Roman garum factory

In Almuñécar, in the El Majuelo Botanical Park you will find the remains of an ancient Roman garum factory, an important industry for the town between the 5th and 4th centuries BC. Garum was a fermented fish sauce used as [...] 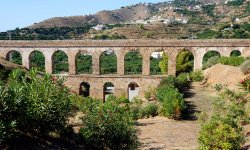 Built in the first century A.D. this, together with the salt factory, is the largest and best-preserved Roman structure in Almuñécar. The aqueduct supplied water to the Roman city of Sexi, modern-day Almuñécar. It was subsequently used in the water [...] 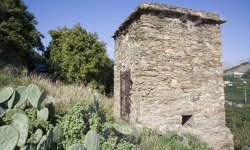 This columbarium was constructed at the end of the 1st century BC. It is situated on a hill on the eastern slope of the Río Verde. Inside there are three rows of niches, made from natural stone and barely carved [...]

The Acuario de Almuñécar is made up of 18 aquariums that are home to about 3500 different animals belonging to 200 different species. It is divided into two levels and shows the sea and its creatures from two perspectives. The [...]

Festival of amateur theatre directed to students, with the purpose of promoting the theatre among the young people. It takes the name of the author from Granada Jose Martín Recuerda, one of the most important dramatists of the Spanish literature [...] 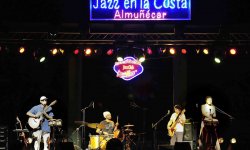 In the summer and in the Tropical Coast the jazz becomes protagonist. This contest marks a reference point for the national panorama of Andalucia. The Festival has been gaining in importance thanks to the quality of its performances program of [...]

These celebrations in honour of the Virgen Madre, patron of Torrecuevas, are known from a quarter of a century ago as the celebration of the cherimoya, because the celebrations coincide with the harvest of this tropical fruit, cultivated in Almuñecar.

They lit fires to throw into them the old belongings and everything that they dislike, in a symbolic way, of the previous year. The people go to the beach and they distribute oil buns and swim in the sea.

Harvest of the cherimoya (Torrecuevas)

These celebrations, in honour of the Virgen Madre, patron of Torrecuevas, are known since about 25 years as the celebration of the cherimoya since the celebration coincides with the harvest of this tropical fruit. There is a mass, announcement of [...]

They have sports games, cucañas, popular night parties and the streets and the most typical corners of the neighbourhood are decorated. They have as well the parade of the Archangel San Miguel the 29th between the typical songs of the [...] 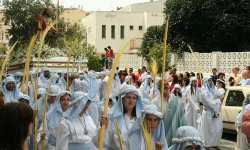 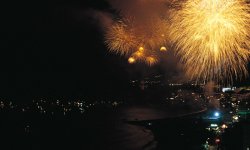 The patron celebrations have a very wide range of activities. The fair enclosure has free performances and many attractions for the kids. The 15th they take the Virgin out, boarding the carving in the San Cristobal Beach and disembarking it [...]