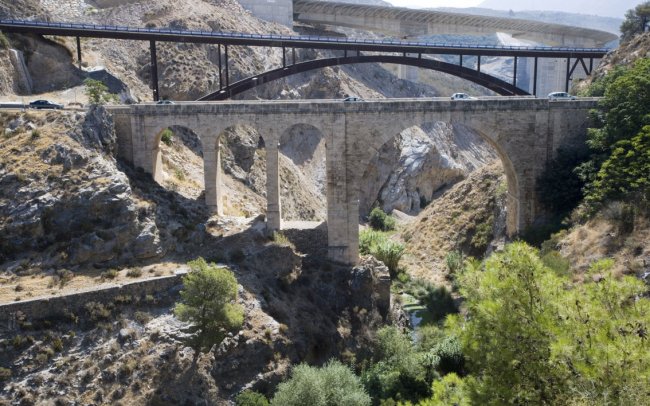 Of the four existing bridges, there are two of particular interest: the oldest one, which is well-preserved and most probably dates back to the late 16th or early 17th century. The newer bridge was built in 1859 and was part of the old road that linked Granada with the coast.