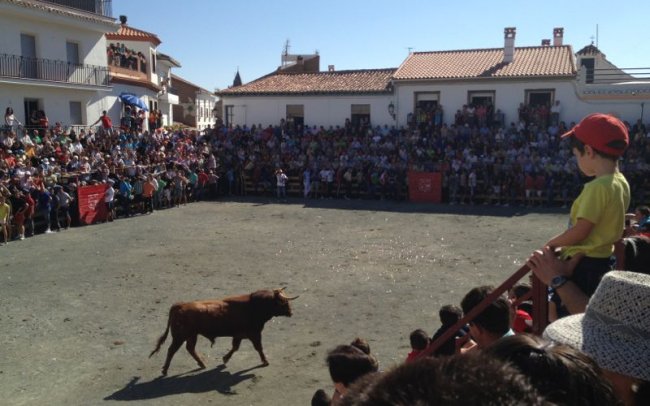 The highlight of this festival is the running of the bulls like in Pamplona. The festivities take place in September in honour of the town’s patron saint, the Holy Mary, Nuestra Señora de la Purificación, popularly known as Tizná. She is taken on three processions; twice on the Dia del Voto and once in the evening. The Dia de las Barreras takes place on the next day and is dedicated to the preparation of the bullfights, which lasts for three days. The running of the bulls takes place in the morning and in afternoon the bullfights are held.

On the day after each bullfight, the meat of the bulls is sold. The money raised from this finances the parties. Any surplus is given to the voluntary organisers of the event, (up to 800 people).