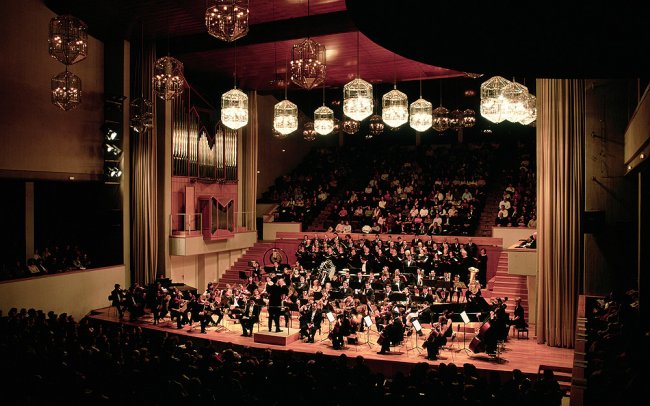 The Granada City Orchestra (OCG) is one of the cultural symbols of Granada. It was created in 1990 as a classic symphony ensemble, and in a short space of time has grown to become one of Spain’s most prestigious orchestras. It has taken part in several international tours and has already accumulated a number of awards and recordings. It usually participates in the programme of the Granada International Festival of Music y Dance, although it carries out its own regular concert season in the Manuel de Falla Concert Hall.

Manuel de Falla Concert Hall
One hour before the concert, only if there are spare tickets available.