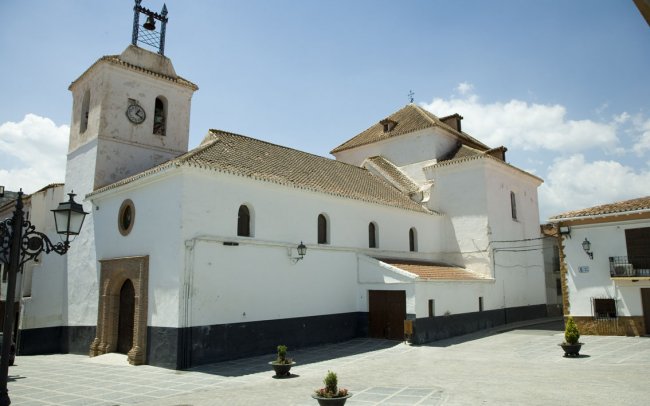 The construction of this church began in the 16th century and was completed in the 17th century.  In 1780 it was extended to its current layout. It is built in the shape of a Latin cross, has a single nave and a valuable coffered ceiling in Mudejar-style. It also has a Renaissance dome resting on pendentives decorated with angels in Neoclassical style. The tower consists of two sections and is topped with a belfry of wrought iron. Inside there are images of San Hermenegildo, the patron saint of Alquife.