The northern region of the province of Granada is home to one of the Iberian Peninsula’s most unique landscapes: a semi-desert featuring a succession of tens of thousands of gullies and badlands surrounded by mountains and the peaks of the Sierra Nevada. In order to promote it and bring it to public attention, several institutions (Granada Provincial Council, associations of municipalities, development groups, the IGME, the Universities of Granada and Jaén, and local associations) have supported the integration of the Granada Geopark into the UNESCO Global Network of Geoparks.

The Granada Geopark is one of the few natural deserts in Europe; a place where you can walk, cycle or ride on horseback among seductive badlands, geological landscapes sculpted by erosion into rocky outcrops, gorges, river canyons, sharp gullies, clay ridges and a thousand other capricious forms. 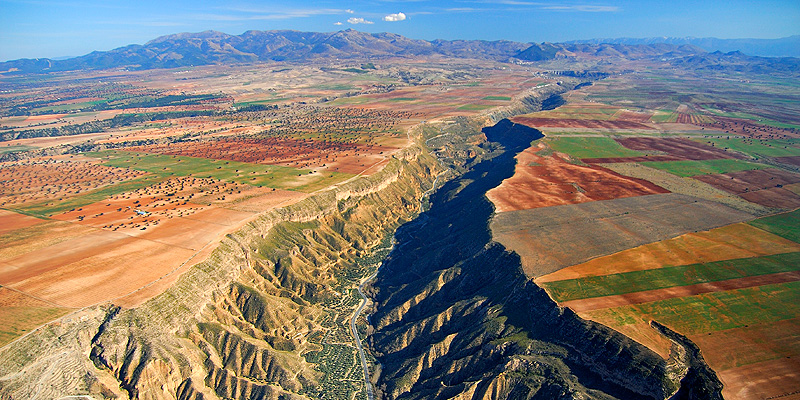 HOW IT WAS FORMED

After tens of millions of years spent forming part of ancient seas, the land emerged and was transformed into a huge enclosed depression surrounded by mountains. A dense network of streams and wadis collected the rainwater, which, with no outlet to the sea, accumulated in a lake that was located towards the area of Baza.  This process continued for hundreds of thousands of years and the great depression slowly filled in with sediments in the form of layers of sand, silt and clay, and gypsum.

Later this enclosed basin would open up to the west towards the valley of the Guadalquivir and its rivers began to flow in that direction. Following their new route, these channels easily pierced the soft sediments accumulated until then, generating a spectacular erosive landscape.

The Granada Geopark offers a journey to the Quaternary period and to Prehistory, where you can learn about extinct fauna, the first hominids to reach Europe and the environment in which they lived, visit an exceptional concentration of dolmens from 5,000 years ago, visit a Bronze Age settlement where the oldest mummified remains in the Iberian Peninsula were found, and learn how the Iberians buried their dead and what their monumental cemeteries were like.

La Estación Paleontológica Valle del Río Fardes (The Valle del Río Fardes Paleontological Station), in Fonelas, an extraordinary paleontological museum site, shows how what Geopark territory was like two million years ago: Giraffes, rhinoceroses, hyenas, mammoths, saber-toothed tigers and cheetahs tell us all about it through their fossil remains. This is an entertaining trip to the world of paleontology. 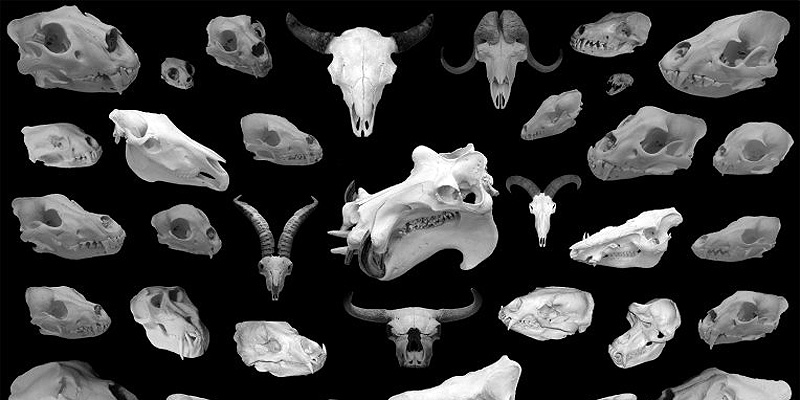 In the northern part of the Geopark, the Gran Senda de los Primeros Pobladores (Great Trail of the First Settlers) provides a tour around the Centro de Interpretación de los Primeros Pobladores (First Settlers Interpretation Center) and the paleontological sites of Orce, the Bronze Age settlement of Castellón Alto, the Iberian necropolis of Tútugi and the Archaeological Museum, in Galera. In Gorafe, don’t miss the Centro de Interpretación del Megalitismo (Megalithic Interpretation Center), which offers detailed information on the routes through the dolmens of its Megalithic Park.

In Baza, the archaeological site of Basti takes you back to the ancient Iberian city of Baza, site of the discovery of the Lady of Baza. It is also worth visiting Baza’s Centro de Interpretación de los Yacimientos Arqueológicos (Interpretation Center of the Archaeological Sites) and its interesting Archaeological Museum.

Sleeping in a cave is like traveling to the past, but with all the comforts of today. The villages in the area are pierced with thousands of caves that have been inhabited since the Middle Ages. These unique troglodyte habitats, restored as accommodation, restaurants, wine cellars, museums, Arab baths, etc. are one of the unique features of the Geopark.

Towns like Baza, Benamaurel, Orce, Galera, Castilléjar, Guadix, Benalúa and Purullena still have popular cave districts. In Alcudia de Guadix, Trópolis offers a museum and leisure complex that brings together the culture of the Hoya de Guadix and the cave houses through the traditional production of bread, wine, cheese and crafts. This is leisure and culture in a shared space.

In the Geopark you can enjoy a varied offer of leisure and adventure, with routes on foot or by bicycle, along a complete and dense network of trails, routes on horseback, 4X4 itineraries, alone or accompanied by expert professional guides. Immersed in an extraordinary setting, the Negratín reservoir offers beaches and equipment for the practice of water sports. And if flying is your thing, you can take a relaxing ride in a balloon, or leap from the Cerro del Jabalcón Estación de Vuelo Libre (Free Flight Station).

The presence of thermal waters in the subsoil of the Geopark has led to their therapeutic use since at least Roman times. The spas of Graena, Alicún de las Torres and Zújar, active for twenty centuries, offer stays and programs designed to release the stress of work and the busy life of the big cities, as well as a varied offer of alternative leisure activities in an incomparable setting.

The protected historical sites of Guadix, Castril de la Peña and Baza are deserving of a tranquil walk, passing through such outstanding jewels as Guadix’s Roman theater and the cathedral, Castril’s Peña and medieval castle, and Baza’s medina and the Arab bath.

In terms of gastronomy, it would be unforgivable for lovers of good food not to enjoy a “lata” of Segureño lamb, accompanied by an excellent local wine. This much appreciated species of native lamb has its own Interpretation Center in Huéscar. 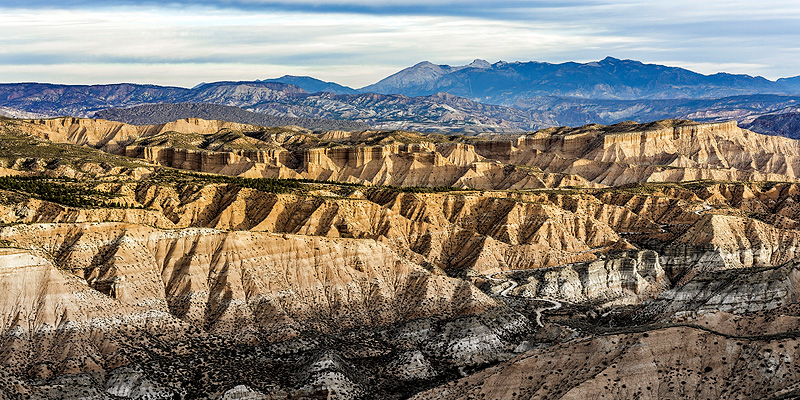 The Granada Geopark has more than 70 sites of geological interest (LIGs, for the initials in Spanish), recognized for their scientific, educational and tourist value. In addition, there are iconic landscapes that simply must be visited, such as the Mirador del Fin del Mundo, the viewpoints of Marchal and Purullena, and Los Coloraos, a beautiful spot in the Gorafe desert that owes its name to the predominant reddish color of the geological formations of its clay soil. The viewpoint of El Jabalcón, with its 1,488 meters of altitude, offers a spectacular 360 degree panorama of a large part of the north of Granada and the walkway of the Cerrada del río Castril offers one of the easiest and most beautiful walks in the province.