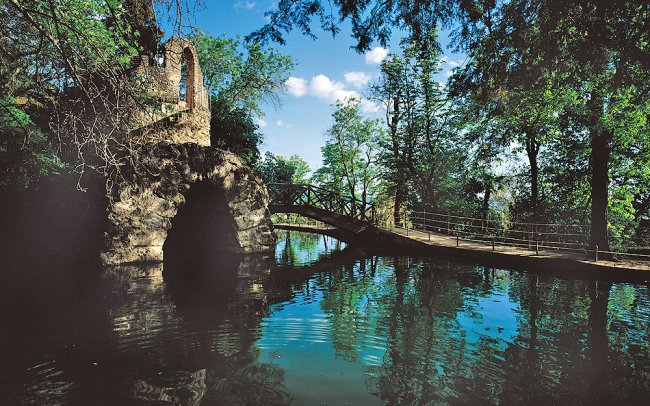 Unfortunately, lightning destroyed part of the tree two decades ago. However, this tree is more than 400 years old and is still standing. There is much interest in the sap of the St John of the Cross’ cedar tree, for botanical, historical, poetical and mystical and legendary reasons. It is thought that the tree was planted by the co-founder of the Carmelite Order when he stayed in Granada. Recent studies believe it to be one of the first American species of cedar to be planted in Europe.

The tree is located in the Carmen de los Mártires, a garden next to the Alhambra, which was declared an official attraction of historic interest in 1943. It was created in the 19th century in the Carmelite convent of the Mártires where St John of the Cross wrote some of his poems. The cedar was not planted by him but by one of his contemporaries.

Strictly speaking, it is not an actual cedar tree but a rare cypress tree known as Cupressus lusitanica. It is native to Mexico and was brought to Spain in the 16th century by the Carmelite monks that preached in America. The order chose this tree because of its height – as a symbol that provided mystic union.