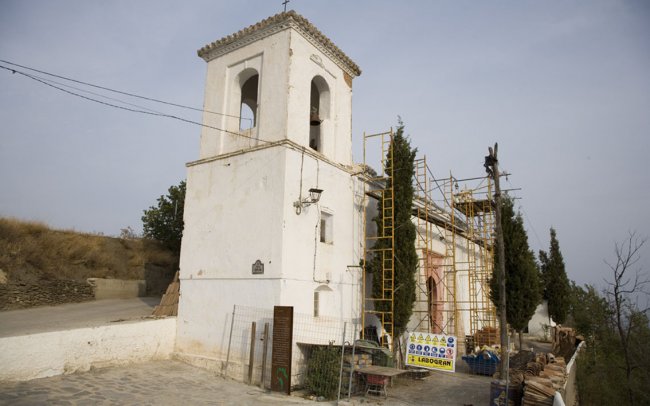 This is one of the oldest churches preserved in the La Alpujarra and the only one that has an octagonal façade. In the back there is a small cemetery. It has a small tower and a weathervane, which represents the three religions that have marked the La Alpujarra: Islam, Judaism and Christianity.

The construction of the church in Júbar is recorded in 1535, although the current tower must have been built in the second half of the 18th century. In 1885 both the buttresses and a section of the façade covered with planks and strengthened with iron were added.

The floor still has the originalclay tiles. The sacristy is at the top end and the low tower is at the bottom end.