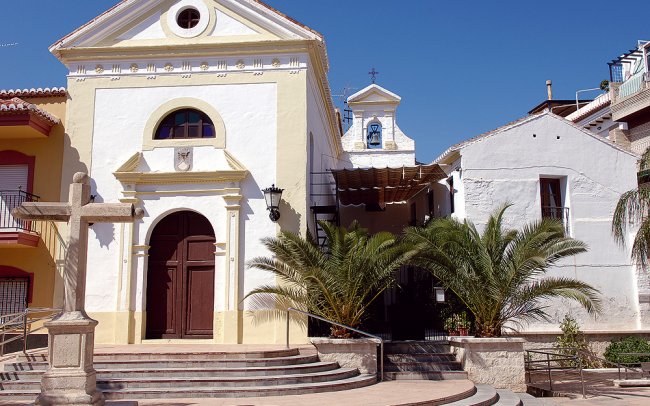 This church was first built in 1538. It was built on the site of the Ermita de San Roque, which had been erected in honour of the victims that had died of the plague. The cross on the front façade reminds us of this.

In the 18th century the church changed to become a shrine to the Virgin del Carmen. Its proto-Baroque style consists of a single nave, a hemispherical dome over the chancel and of a chapel richly decorated with baroque plasterwork.