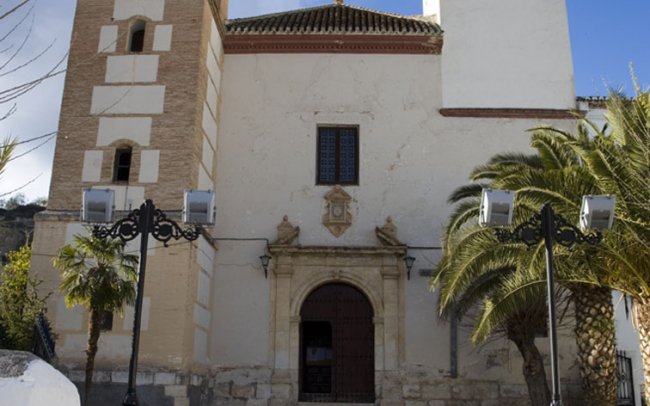 The church has three chapels on either side, separated by pointed arches. Doric columns support the entablature that runs along the top. The valuable Baroque altarpiece and its tabernacle are of particular interest.

The first church was built in the 16th century but only a few remnants remain, after being burned in the Moorish revolts. Several restoration attempts were made until, in the 18th century, the construction of the present church began. The work was carried out on the site of the former convent of the Misioneros de San Pedro de Alcántara.