Celebrations in honour of the Virgen del Espino 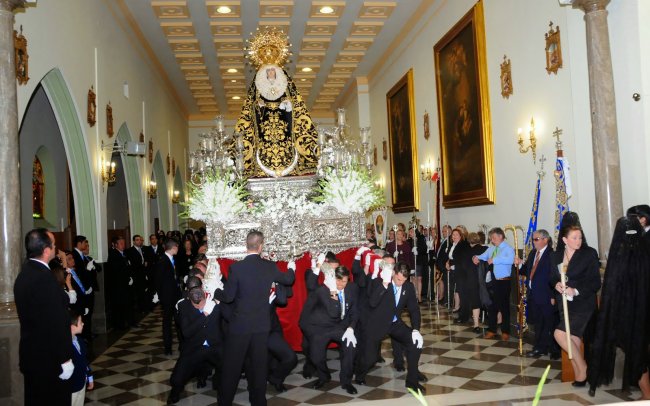 This day commemorates the appearance of the Virgen del Espino to Rosario Martín, a old sick woman, in 1906. The miraculous treatment of the old woman is adjudged to the Virgin known under the invocation of the Espino, by the bramble next to which it appeared. In the place a chapel was erected, which it was turned into a temple later. Next to it the monastery of the Capuchinas was built. In 1956 the Coronation of the Virgen del Pincho was celebrated, as it is known in Chauchina. Every year there is a floral offering and a procession that goes all the way from the hermitage to the cemetery to return again to the hermitage