Celebration of the conquest of Granada (La Toma de Granada) 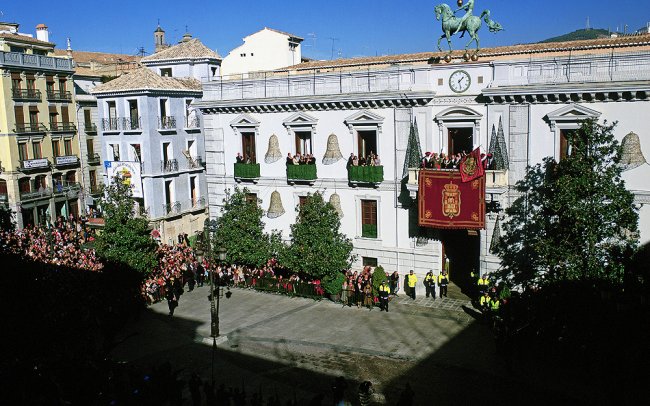 On 2nd January the feast of the Capture of Granada is celebrated. It marks the moment when the monarch of the Kingdom of Granada, Boabdil, handed over the city to the Catholic Monarchs in 1492. The celebrations begin with a visit to the tombs of the Catholic Monarchs in the Royal Chapel and a Mass held in the Cathedral. Then there is a procession around Granada, with a replica of the banner that Ferdinand gave to the city. The event concludes when the banner is placed on the balcony of the City Hall.