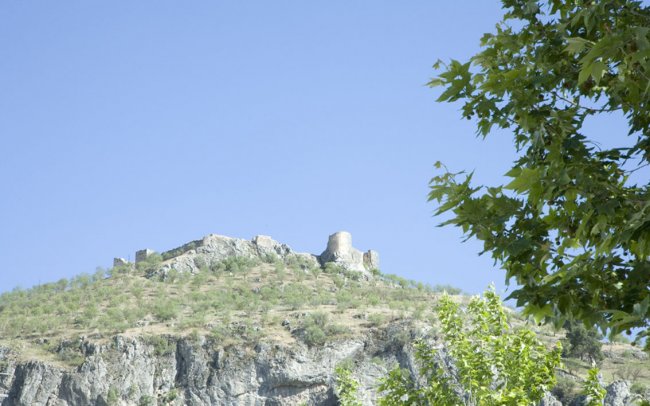 This castle on the hill, built in the Caliphate period (9th and 10th centuries), dominates the town. It was renovated in the Nasrid period (13th century). It is about 3,000 m² and it has eleven towers, which were built along its walls at various intervals, two of which are semi-circular in shape.

The last excavation took place in 1994 and exposed part of the interior’s layout, bringing a street and the remains of some houses into view.