There is the possibility of several itineraries but mostly they run through the sand rock interface at the base of the cliff about 14 m.

We will anchor the ship in the sandy area, west of Rijanilla Bay. Here, in the extreme of “Punta el Condenado”, a large rocky slab that enters the sea. There is the possibility of several itineraries but mostly they run through the sand rock interface at the base of the cliff about 14 m. The cliff profile is formed by overlapping different rocks, a series of protruding rocks that usually lure open-water fish fauna.

It is not very difficult to see schools of european barracuda (Sphyraena sphyraena), sunfish (Mola mola) and large groupers (Epinephelus spp). However, the area stands out mainly for its invertebrate fauna, being an immersion in which cuttlefish of considerable size and octopus are easily observed, as well as benthic organisms such as prawns (Gnathophyllum elegans) and a multitude of nudibranchs. 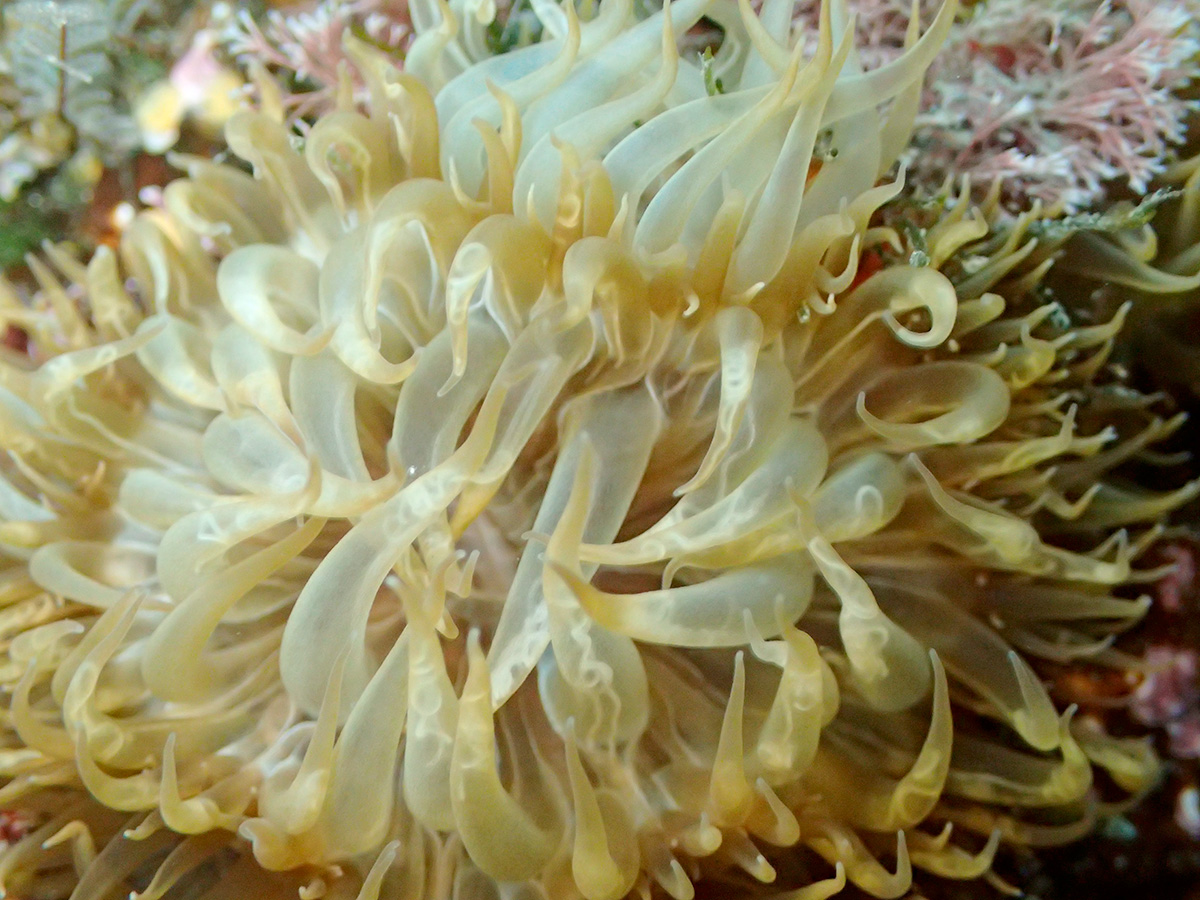 Start from boat on a sandy bottom at 10m, diving on the rock wall to the east of the bay, following the profile of the wall. Return in the opposite direction once consumed 1/3 of the bottle.

No more precautions need to be taken than normally adopted. The dive has a medium difficulty level.