The orography of the beach offers refuge on both sides, the dives are usually made on the east wall, as it is richer in terms of diversity and morphology.

We begin the immersion in the area near the beach, on the west side, and we go along the bottom to an area about 8 meters deep, where several tunnels and cavities are opened, allowing us to pass to the other side of the rocky spur. These tunnels are a few meters long and have no problem for beginners.

Covering the rocks and the interior of the tunnels, we will meet one of the most lush and healthy orange coral communities in the Mediterranean, which forms the basis for an incomparable habitat.

Once on the opposite side we continue to gain depth, until 15 meters, where the rock is abruptly interrupted, and we continue diving on the wall side until we return to the immersion point. Throughout this tour, the rock has numerous crevices and passages that are convenient to look at, since they offer refuge to the abundant fauna.  Covering the rocks and the interior of the tunnels, we will meet one of the most lush and healthy orange coral communities (Astroides calycularis) in the Mediterranean, which forms the basis for an incomparable habitat.

It is common to observe seahorses (Hippocampus hippocampus) on the wall, multitude of species of combtooth blenny, wrasses and serranids of great size. The invertebrate community is very developed here, being easy to find nudibranchs of unusual species, being common to observe more than 10 different species in each dive and cephalopods of an impressive size.  Also, on the sandy bottom, golden anemones (Condylactis aurantiaca) appear, on which it is easy to observe prawns of the genus Periclemes. It is also an area where it is very frequent to find large sunfish (Mola mola). 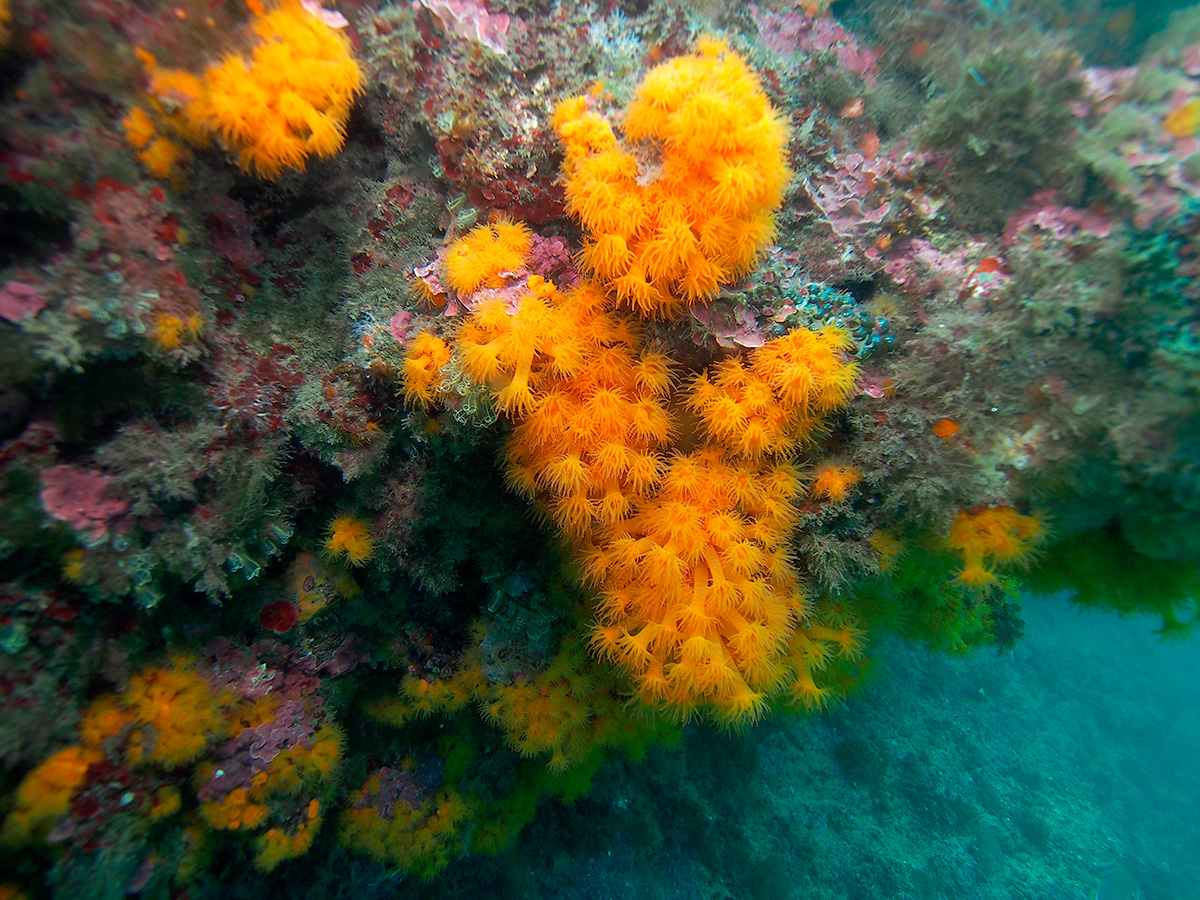 Start from boat on a sandy bottom, diving on the rock wall to the east of the beach, from 6 m in the South direction, following the wall. Return in the opposite direction once consumed 1/3 of the bottle.

No more precautions need to be taken than normally adopted. The dive has a medium-low difficulty level.