We will anchor near the cliff, on the sand, in order not to damage the communities of the rocks that we are going to visit. The dive begins at 12m deep following the cliff wall in the Northeast direction. This dive will be oscillating between 12 and 18 meters deep, although in some areas we will reach 20 m.

There is also a large protruding rock on the wall, which reaches even 1 meter in length. Above you can see large species of skatefish and morays among other species.

The route runs along the base of the cliff, between rocks full of cavities and crevices in which we will find shade loving species and the sand area where species of batoidea of considerable size appear, such as common stingray (Dasyatis pastinaca) and common eagle ray (Myliobatis aquila). There is also a large protruding rock on the wall, which reaches even 1 meter in length. Above you can see large species of skatefish (Raja spp.), torpedo ray (Torpedo marmorata), groupers (Epinephelus spp), trigger fish (Ballistes capriscus), morays (Muraena helena and Gymnothorax unicolor) and conger (Conger conger), among other species.

These ledges are also inhabited by countless species of algae that offer refuge to smaller fauna, so  we can find invertebrates of all kinds, appearing nudibranchs, starfish of a considerable size and imposing colonies of Filograna implexa. In addition, the lower part of this projection is covered by polyps of several species among which Parazoanthus axinellae stands out. 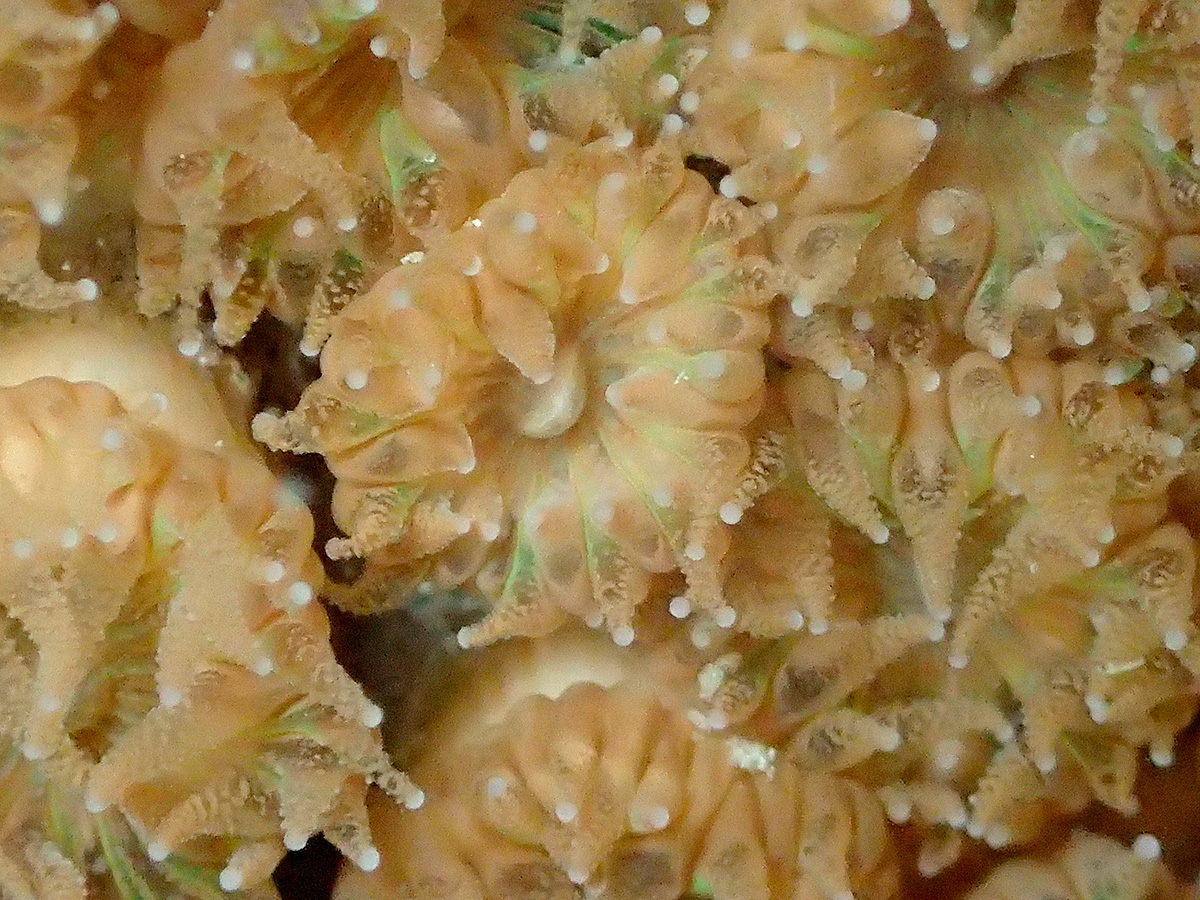 Another of the immersion attractions resides at the maximum depth, here there is an area of large blocks of stone among which forkbeards (Phycis phycis) are frequent and where there is a cleaning station for sunfish (Mola mola).

Start from boat on a sandy bottom, diving next to the wall from 12 m. Return in the opposite direction once consumed 1/3 of the bottle.

No more precautions need to be taken than normally adopted. The dive has a medium difficulty level.